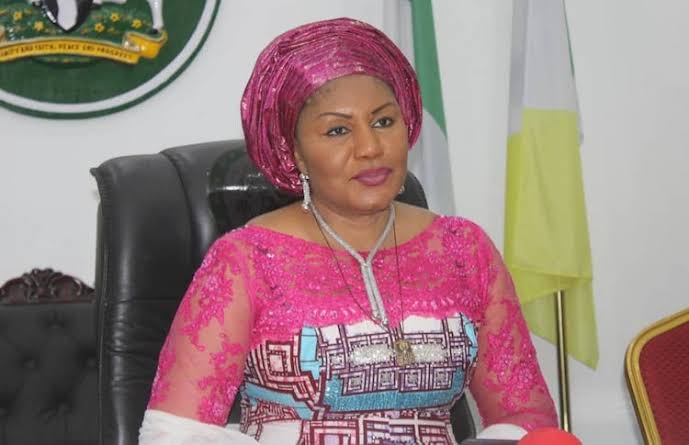 Here is the biography of Her Excellency Chief Mrs. Ebelechukwu Veronica Obiano, the pretty and amiable former first lady of Anambra State.

Veronica Obiano is a successful woman who has made headlines while in office as the First Lady of Anambra State. In this post you will find out all you need to known about Veronica Obiano.

Veronica Obiano is fondly referred to as Nne Anambra due to her motherly concern for everyone. She is a humanitarian who takes everyone as her own, with a heart of caring for people.

Ebelechukwu Veronica Obiano hails from Onitsha in Anambra State, Nigeria where she was born and raised by her parents. She was raised by the parents alongside her siblings in Onitsha, Anambra where she began her education.

The former First Lady had her primary and secondary education in her hometown, Anambra State before she proceeded to Lagos State University, where she obtained a First Degree.

The Governor’s wife was speaking during the 2018 Literacy Festival and celebration of her book: “The Child, The Boy, The Man, Willie Obiano: An Intimate Biography,” in Awka.

She owns an NGO called ‘Caring Family Enhancement Initiative (CAFE); whose sole aim is to touch the lives of the downtrodden and disadvantaged.

Ebelechukwu Veronica Obiano is a Nigerian politician and the former First Lady of Anambra State. She has an estimated net worth of $5 million.

Ebelechukwu Veronica Obiano is married to Chief Willie M. Obiano, the former governor of Anambra State. Their marriage is blessed with two children, a boy and a girl who are currently after their educational endeavors.

She has been involved with controversies with Bianca Ojukwu, the wife of the former Biafran President, Chukuemeka Odumegwu Ojukwu. She was reportedly slapped by Bianca during the inauguration of Charles Soludo as the new governor of Anambra State, with Veronica Obiano’s husband Willie Obiana being send-off.