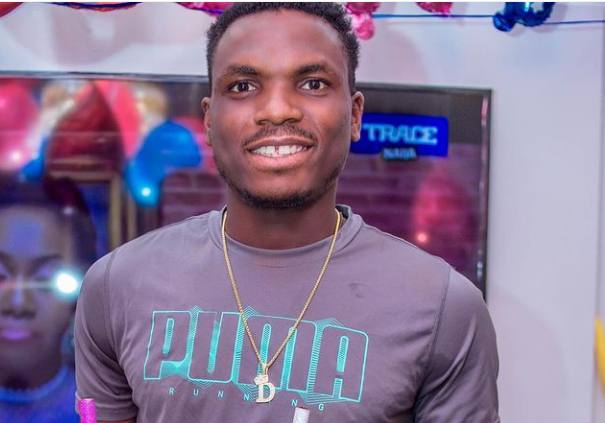 Here is Divine Oduduru Biography which contains all the relevant information about the Nigerian athlete.

Divine Oduduru has made a mark in the world of athletics, but there are untold facts you never knew about him which you will find in this post.

Ejowvokoghene Divine Oduduru, born October 7, 1996, better known as Divine Oduduru, is a Nigerian track and field sprinter, 100 and 200-meter dash specialist. Divine Oduduru hails from Ughelli, Delta State, Nigeria and was a member of the Texas Tech Red Raiders from 2018-2019.

Oduduru started growing interest for athletics at a tender age while living with the parents.

He has been crowned champion at the African Youth Athletics Championship twice, and five times African Junior Champion in sprints.

In 2014, Oduduru represented Nigeria as a senior athlete during the Commonwealth Games and also the 2014 African Championships in Athletics.

During the 2013 African Junior Championships, he won the 200m and was also a member of the gold medal winning 4 100 m relay quartet.

Oduduru became well-known for his interviews, with his appearances at the 2013 World Youth Athletics Championships, including the term “deadly day,” earning popularity among fans.

His replies to journalists have inspired memes and videos. He bemoaned the lack of support for Nigerian athletes and requested funding during the 2016 Nigeria Championships.

He broke the 21-second barrier for the first time in 2014. He won the Nigerian National Championship in the 200m.

After recording a personal best of 20.66 seconds in the semifinals of the 2014 World Junior Championships, he went on to earn silver in a windy 20.25 seconds behind Trentavis Friday of the United States.

Divine Oduduru has a sponsorship deal with Puma.

Divine Oduduru made headlines during the 2020 Olympic Games in Tokyo after he was disqualified for false start.

Divine Oduduru has made Nigeria proud with his talent having achieve greatness, won several awards.

He has extended his hands to the needy by providing for food other necessities to charity organizations.