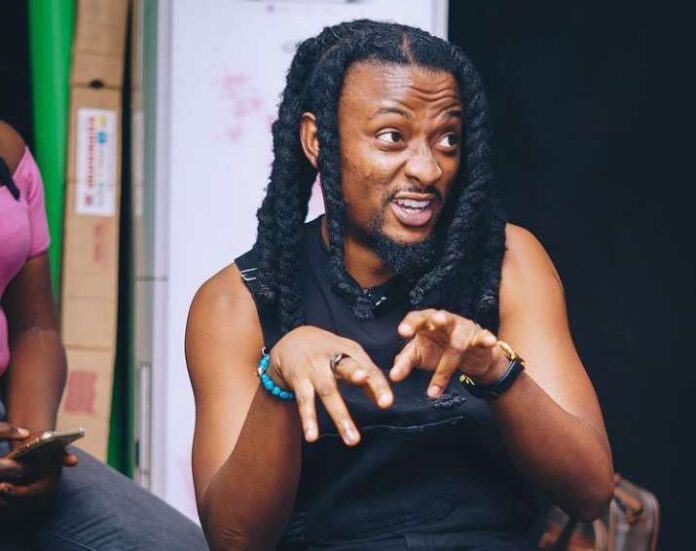 Here is Dada Boy Ehiz biography with all the relevant facts about the popular celebrity VJ.

Ehiz has become as force to reckon in the entertainment industry, meeting celebrities week in week out.

Lots of people don’t know much about the Dada Boy, so let’s check the biography of Dada Boy Ehiz.

Ehiz is originally from Edo State but was born and grew up in Lagos State with his family. He was the last child in a family of 5.

Dada Boy Ehiz came into spotlight after he won the MTV Base VJ Search in 2013, after several struggle to reach stardom.

Ehiz father is Thomas Okoeguale, an engineer while the mother Mrs Catherine Okoguale, is a caterer.

Ehiz began his education at Alpha Nursery and primary school, Lagos where he obtained FSLC then proceeded to Providence heights, Lagos for his secondary education.

After his secondary education, Ehiz got admitted into Lead City University, Benin City, Edo State, where he graduated with a bachelors degree in Computer science.

Ehiz is enjoying a blossom career, having hit spotlight in 2013, winning the MTV Base VJ search.

Ehiz in his VJ career has anchored several shows with top Celebrities as his guests.

Some of his shows includes Official Naija Top 10, Celeb Living and so on.

Who also run his own podcast “The Dada Boy Show” which is available for stream on digital platforms such as Spotify.

He was the MC for One Lagos Music Festival, host for Glo dance with Peter TV show and also appeared in the drama series, Shuga.

Dada Boy Ehiz is in a relationship with his celebrity girlfriend known as Chynabee, and they pair welcome a baby together.

Ehiz won the VJ of the Year at the City People Music Awards and Most Promising Young Presenter at the Nigerian Broadcasters Merit Award.

He bagged nomination at the Future Awards Africa, Nigerian broadcasters Merit Award for Red carpet host of the Year (Male) and other nominations.

You can connect with your favorite TV Presenter, VJ Ehiz on social media using the details below: