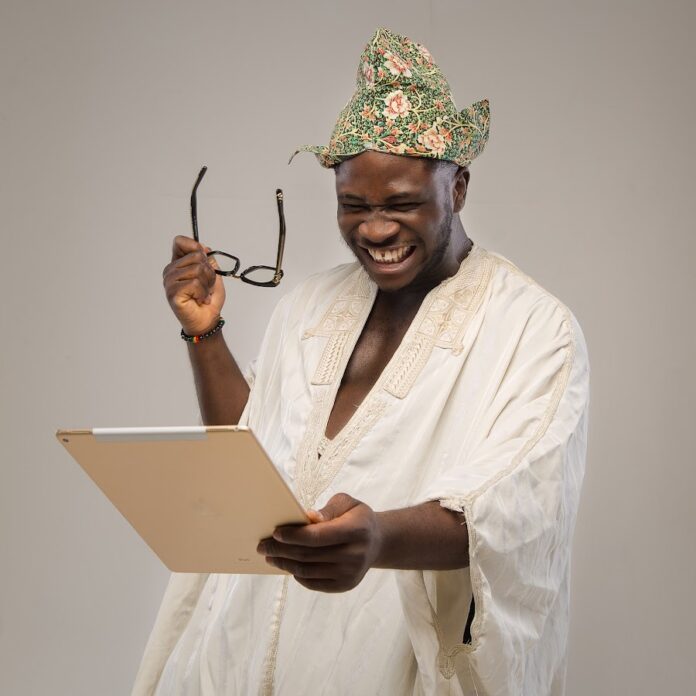 Crazeclown was born and raised in Imo State where he grew up with his siblings under the care and support of his parents.

He is known for acting as OG Tega, popularly known as Ade’s father, whom he enjoys slapping in their comedy skits. He started his career by creating content on Instagram with OG Tega (Ade).

Crazeclown was born to the family of Godwin Uchenna Iwueke and Grace Acheche. His father is from Imo state while his mother is from Edo State.

He grew up with his parents in his hometown in Imo State, the South-East geopolitical zone of Nigeria. While growing up, Crazeclown always cracked jokes with his friends in secondary school.

He was popular in his school due to his hilarious jovial attitude, always joking with everyone.

The actor and comedian proceeded to study medicine at Kharkov National Medical University, Ukraine, and graduated with a degree, making him the first Nigerian comedian to become a certified doctor.

Crazeclown started his career as a stand-up comedian in 2013 and later ventured into skit making with his favorite skit making partner, Tega. Their comedy become the talk of town and most watched comedy skits from Nigerian comedians,

Crazeclown comedy videos was always portraying a typical African home of a father and son with Tega playing the role of Ade which is the son of Papa Ade who happens to be Crazeclown.

He organized a UK tour in 2014 which was held in Aberdeen, the Scottish city. In May 2016, he earned the chance to perform alongside Falz and other Nigerian superstars at the The Good, the Mad and the Funny concert in Kharkiv Palace, Ukraine.

The funny content creator has worked with popular Nigerian comedians including Bovi, Sydney Talker, Nasty Blaq, Taaooma, Josh2Funny, SamSpeedy, Tega his favorite and many others.

Being a public figure and a famous comedian, he has featured in Yovi’s music video Amen Remix, in which the singer featured Lil kesh and Mayorkun.

The year 2018 was an unforgettable year as Crazeclown launched his brand and production company, ”Craze Clown Production.”

Crazeclown is a popular Instagram comedian and content creator. He has an estimated net worth of $1 million.

The actor has made fame and wealth in the entertainment industry through his funny comedy videos.

Crazeclown is married to his heartthrob, Jojo. They got married in 2021 in a glamorous wedding ceremony with popular celebrities all in attendance. The couple have a baby together. He is not shy about showing off his baby on social media.

Papa Ade is a doctor, despite not working in any hospital. He is only focusing on his content creation which has made him famous and wealthy.