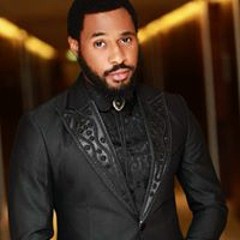 Chris Okagbue is a model, actor, film producer, and reality television star from Nigeria. In 2011, he won the Gulder Ultimate Search, a season 8 reality show dubbed the Contest of Champions. He is an Igbo and the son of the former Obi of Onitsha.

Outside of acting, he also does a lot of other things: he plays piano and guitar, does gymnastics and acrobatics, writes screenplays, songs, sketches, and dances, as he’s a professional dancer having been in a dance group before now.

He is the brother to former model and beauty queen, Sandra Okagbue. Chris has been in showbiz since his teenage days, right after high school, as a model. He went into movie acting coincidentally, and since then, he has been phenomenal.

His parents have six children: Sandra Okagbue, a former model and beauty queen, his twin brother Christian, and three younger sisters, Jane, Christabel, and Bella. He holds a sociology degree from the University of Lagos.

At the age of 17, he made his first foray into showbiz as a model, appearing in commercials for Cadbury Plc, MTN, Nigerian Breweries, Coca-Cola, and Airtel.

Chris then cut his teeth in acting in 2007 after being offered a part while accompanying friends to an audition and deciding to give it a shot. He then played Preye Pepple in the television series, The Station. Achor Yusuf directed the series, which also gave him his second acting role as Lucky Edeghor in the TV series The Maze.

Okagbue took a short time away from acting and delved in TV presenting. He worked briefly for Koga Studios and covered the live red carpet for notable events such as the release of Wizkid’s debut album, Superstar, Yemi Sax’s Sax Appeal concert, and DJ Jimmy Jatt’s Jimmy’s Jumpoff concert.

He soon returned to acting as Victor in the TV series, Secrets and Scandals. His breakthrough came when he was cast as Emil Haruna in the M-NET TV series Tinsel.

He made his first appearance in a film with a minor role in A Wish, then Playing Safe, both directed by Elvis Chuks. His most notable performance was as the lead character in the critically acclaimed film Lotanna.

He made his stage acting debut in the comedy play Election Fever, which depicted the Nigerian government and electoral system. Bolanle Austen-Peters directed the play, which was sponsored by The Ford Foundation, the British Council, and the Lagos Theatre Festival.

Orange Drugs Limited appointed Okagbue as a brand ambassador for Passion Energy Drink in 2012. He appeared in TV and print advertisements for the brand. Okagbue was named the Nollywood Travel Film Festival’s official Festival Ambassador for the 2018 edition in 2018.

In 2011, Okagbue won season 8 of the reality show Gulder Ultimate Search. The show, themed “The Contest of Champions,” was held in the Kukuruku Hills in Egbetua quarters, Akoko-Edo, Edo State.

The mission was to locate General Maximilian’s second lost helmet. Ten champions were chosen from among the initial 30 contenders to appear on the show.

Okagbue was declared the winner. As the winner, he received seven million Nigerian naira, an SUV, and a 500,000 wardrobe allowance for a year.

As one of top three past winners of the show, he resurfaced in season 9 of the Gulder Ultimate Search themed “Gatekeepers’ Fortune” where he was charged with the special role of Gatekeeper.

Chris Okagbue is single as he is not yet married and doesn’t have kids. It has not yet be ascertained if he’s dating as he is yet to confirm.

Chris has admitted that he doesn’t really enjoy Valentine’s Day because he always fights with his fiancée the day before the holiday.

He only mentions 2019 as his best year since he had it well prepared to enjoy himself with the girl he was dating at the time for three days. Chris talks. “We had a beautiful private dinner, there was a trumpeter to serenade us and lovely deserts as well. It was a fun night”

Chris Okagbue as a movie actor, producer and model, he has amassed a net worth believed to be in the rage of $1.5 million – $3 million