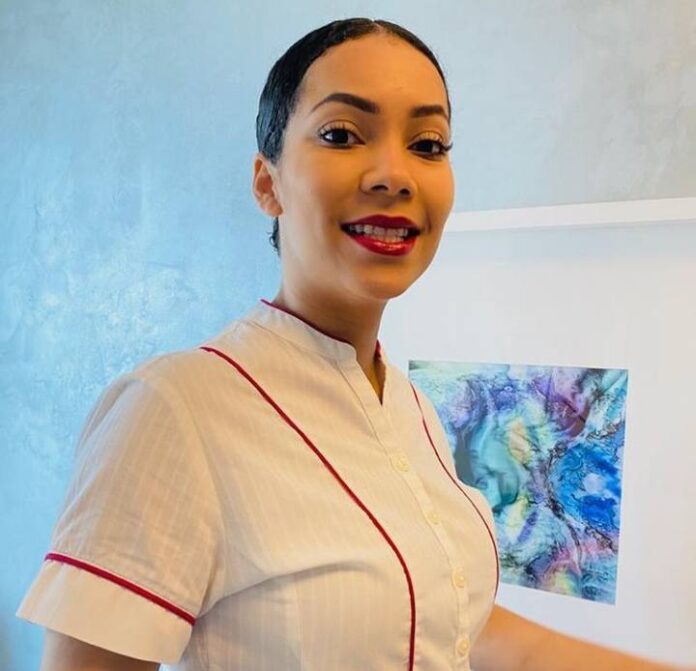 Maria was born to a Nigerian father and a white mother. However, the reality TV star prefers to be called a complete Nigerian.

BBNaija Maria’s father is originally from Imo state, in the South Eastern part of Nigeria, of the Igbo ethnicity.

BBNaija Maria grew up in the United Kingdom, where she completed her high school and college.

She attended Trinity High School and MANCAT college, United Kingdom where she obtained her school certificate.

Maria began her career while she was still in the United Kingdom where she was involved in active administrative roles from 2006–2012.

She worked as a front of house representative in Grosvenor Casinos and as an Administrative Assistant in Goderough College, United Kingdom.

She worked with Emirates Airlines as an air hostess before she resigned to focus on her real estate business.

Prior to her appearance in the Big Brother Naija house, Maria worked as a realtor in Dubai.

Maria is a popular Nigerian reality TV show star and realtor. She has an estimated net worth of $300,000.

Before she appeared on the reality TV show, Maria was seriously working on her real estate business.

Maria is not yet married. She revealed while in the Big Brother Naija house that she was in a relationship with someone outside the house.

However, she is more focused on her career rather than flaunting relationships on social media.