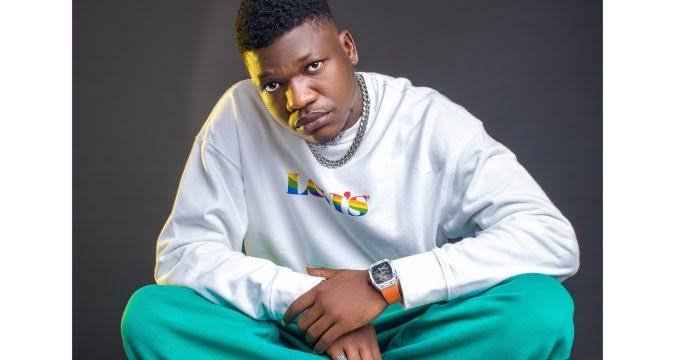 Adaji Odiri Endurance, born February 25, 1996, and popularly known as Boy Adequate, is a fast-rising Nigerian Afro-Pop singer. He was raised in a Christian family, where he began singing in a church choir. In the year 2019, Boy Adequate launched his musical career in the metropolis of Lagos. He had relocated to Lagos State, the hub of African commercial music, with the hopes of breaking through, and his efforts were successful.

Boy Adequate was born on February 25, 1996, in the ancient city of Benin, Edo State. Although born and bred in Edo State, Boy Adequate is an indigene of Delta State.

He began singing in church choirs while attending church with his parents. He also had his early education in Benin City, Edo State then proceeded to complete his secondary education.

Boy Adequate started his music career in the year 2019, in the city of Lagos. He had moved to Lagos State, the commercial music capital of Africa, hoping to make it big in the industry, and his efforts paid off.

In March, Boy Adequate released the single hit “My Life,” which was produced by Slimpee Beatz. The song won the Afro-Pop singer a sizable number of fans.

However, his most enormous success as an artist has been Wavy Level trending single.

Ever since this song titled “Wavy Level” was published, it has had massive airplay on traditional and online radio stations, being streamed over ten thousand times.

He dropped his first single titled “Wavy Level,” but the fourth project of the EP was released in 2022.

In his bid to give his fans a timeless project, he has teamed up with East African production house 9th Record, which handled the sound production for the track on the EP.

26 years old, Talented Nigerian Afro-Pop star, Boy Adequate is currently in a serious relationship with an enterprising young lady whose identity has not been disclosed.

He is also the CEO of the Exotic cars and luxurious fashion and clothing Accessories.

The Fast-rising Afro-Pop star, Boy Adequate is considered to be a celebrity by his fans.

He currently has over 15k followers on his Instagram Page.