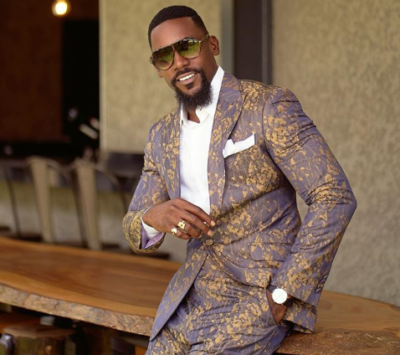 Mawuli Gavor born in Accra, Ghana, is a Ghanaian actor, model, TV presenter/host. Mawuli was raised in Ghana before moving to US where he spent his teenage and adult years. The US-trained accountant has been one of the most enthralling movie stars storming the Nigerian movie industry of late.

Mawuli Gavor happens to be the ladies’ man due to his charming tall, masculine physique and deep voice. This sensational entertainer is well known for his ability to interpret and act roles.

This prowess of his has given him and edge in the Nigerian Entertainment industry ever since he dumped his job as an accountant for acting.

This fitness enthusiast if not acting, will go to the gym to keep that body in shape. The actor enjoys playing the guitar which he learned by watching YouTube videos. He was taught how to play the drums and the piano as a boy.

Mawuli Gavor was born in Accra, Ghana. He was raised in Ghana but later left for the United States of America with his two siblings, where he spent his teenage and young adult years.

There in the US, he had his elementary, secondary and tertiary education.

While in the US, he pursued a Bachelor’s degree in Business Management and Finance from Franklin and Marshall College in Lancaster, Pennsylvania.

This enthralling Ghanaian-born Nollywood actor started out as an accountant in one of Ghana’s big firms after returning from the US.

While working as an accountant, he also enjoyed doing some modeling jobs on side, a career he has started while in the US.

While working as an accountant, a major deal from Martini Global as a brand ambassador came his way, this made him to quit his former job as an accountant since it was impossible for him to run the two simultaneously.

Due to his success with the new company (Martini), he was asked to be the ambassador for Martini Nigeria of which he needed to relocate to Nigeria.

He started off the entertainment career as a TV host on local media in 2015, then went on to host M-Net’s popular Studio 53 Extra.

Since he relocated to Nigeria, Mawuli Gavor has continued to excel. He has appeared in different series and movies like “Entangled”, award-winning “Payday”, and “Chief Daddy” where he played the role ‘Damilare’, the first son of Chief Daddy living abroad.

Also, he has taken major roles in series like “Flat 3B” and Africa Magic’s “Eve”.

In 2018, he played one of his most popular roles as Franklin in a movie titled “Rumor Has It” alongside Linda Ejiofor, playing the role as his unfaithful wife.

Also in the same year, he received the Best of Nollywood Award for ‘Best Kiss in a Movie’ alongside Odera Olivia Orji.

Considering his career prowess both in Ghana and Nigeria, Mawuli’s net worth is estimated to be about $500,000

Mawuli Gavor is the co-owner of a fitness brand. He decided to partner with Cynthia Nwadiora (Cee C) of Big Brother Naija in her brand, CEGAR.

This has build up lots of speculations about Mawuli dating the ex-housemate of BBN, CeeC. Diane Russet, another BBN housemate in June 2020 revealed during a reunion session that she had a crush or most likely a thing with Mawuli

When Ebuka, the host of the reunion session asked Diane about her relationship with Mawuli, she walked out. Mawuli is yet to clear the air concerning his affiliations with these gorgeous ex-housemates of BBNaija.

Rumour also have it that Mawuli is having a thing with Beverly Naya after he appeared in the movie ‘Two Weeks in Lagos’, but Beverly Naya quickly disputed these claims.

Mawuli Gavor is single and his esteemed fans are really keeping their fingers crossed to see who this ladies’ man will finally take home as a wife.