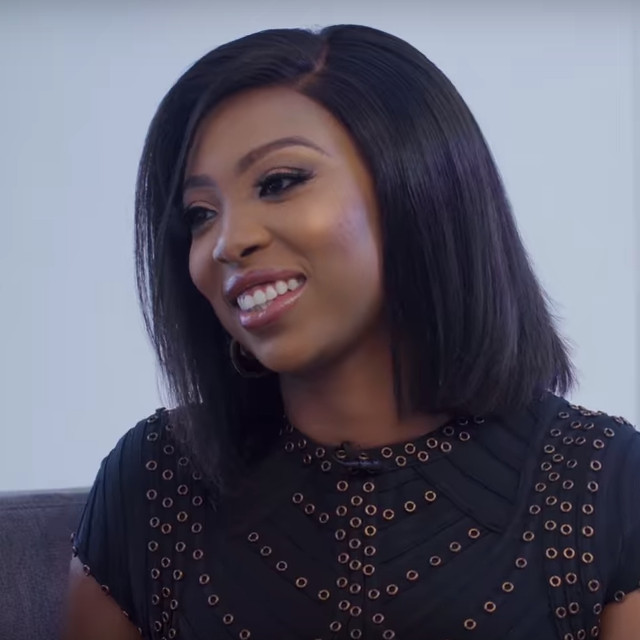 Bolanle Olukanni, born August 19, is a Nigerian TV presenter popularly known for hosting Moments with Mo on DSTV and Project Fame West Africa. She is also a documentary filmmaker and entrepreneur.

Bolanle was born in Lagos, Nigeria, and grew up in Nigeria, Israel, America, and Kenya. She attended St. Saviour’s Primary School in Lagos and went on to Queens College for secondary school, then later moved to Kenya where she attended Rosslyn Academy in Nairobi, Kenya, for part of her high school.

She is famous for being the host of the popular shows Moments with Mo and Project Fame West Africa, and is currently one of the best TV presenters in Nigeria.

Bolanle hails from Lagos State, where she was born and raised in Nigeria, Israel, America, and Kenya. The famous presenter and entrepreneur has traveled to several places in the world.

She attended St. Saviour’s Primary School in Lagos and went on to Queens College for secondary school. She later moved to Kenya, where she attended Rosslyn Academy in Nairobi, Kenya, for part of her high school career.

Just before her high school final year, Bolanle Olukanni moved to America, and for her senior year she attended Wichita Southeast High School in Wichita, Kansas, where she participated in the National Speech and Debate Tournament for dramatic interpretation.

Olukanni attended Loyola University, Chicago, where she received a bachelor’s degree: a Bachelor of Arts in both communications and international studies.

Bolanle Olukanni has hosted “Moments with Mo” on DSTV and Project Fame West Africa. Her first TV job was as a co-host of a TV series called “Moments with Mo.” The beautiful presenter was chosen to co-host this program alongside the CEO of EbonyLife TV, Mo Abudu which aired on EbonyLife TV.

Being an entrepreneur, Bolanle co-founded Sage & Walls, a multimedia production company, in 2015. She is also the producer and host of “On the Carpet With Bolinto.”

The TV presenter wrote, directed, and produced her first documentary titled “Gods Wives” in 2019, and she became the host of “The Juice,” a program on “NdaniTV.”

Bolanle Olukanni is the founder of God’s Wives Foundation and also a partner of an NGO called The Self-Worth Organization.

Bolanle Olukanni is a top Nigerian TV presenter and entrepreneur. She has an estimated net worth of $700,000. She makes money through her work as a presenter, documentary writer and producer.

Bolanle is a beautiful, stunning, and charming TV presenter, writer, producer, and entrepreneur who has been keeping his private life out of the media. She is not yet married and has not revealed any information regarding her relationship lifestyle.

She is a dedicated Christian who does not shy away from talking about his faith in the Almighty God. Despite being rumored to be in a relationship with someone, she has not publicly said anything in regards to her personal life.