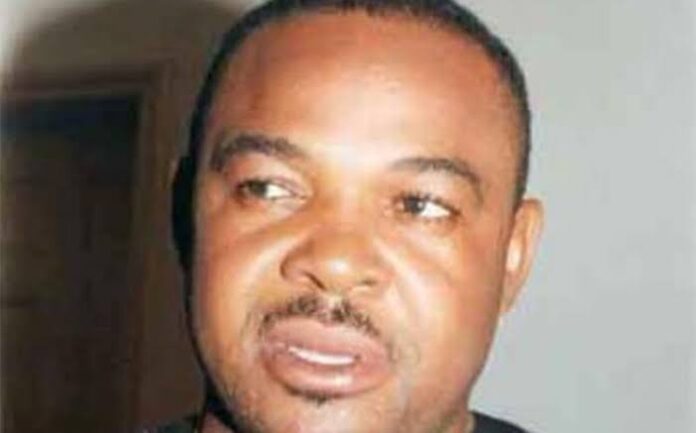 Andy Chukwu, born May 14, 1959, is a Nigerian actor, film director, and producer. He began his career as an actor and starred in the films Karishika, Witches and Issakaba. Andy Chukwu is a native of Obinagu in Ishiagu town in the Ivo Local Government Area of Ebonyi State.

Andy Chukwu was born and raised in Obinagu in Ishiagu town of Ivo Local Government Area of Ebonyi State, where he hails from.

He had his primary and secondary school education in his hometown in Ebonyi State.

After appearing in a few films as an actor, such as Witches and Issakaba. He transitioned from performing to film directing in the late 1990s and early 2000s.

In both playing and directing roles, he has appeared in more than a dozen films. He occasionally plays tiny supporting roles while starring in the films he directs.

He is the director of the critically praised Nollywood comedy film, Mr. Ibu, which stars John Okafor alongside Osita Iheme.

In contrast $1 million his official name, John Okafor is now better recognized by the name of the role he played in this film.

Andy Chukwu is a Nigerian veteran acto and film director. He has an estimated net worth of $1 million.

Andy Chukwu collaborated with the administrations of Ebonyi State and Lagos State on the skill development, Street to Skills program.

The program’s goal was to assist kids and teenagers in giving up street selling and developing skills that would allow them to support themselves.

In order to raise awareness of Vesicovaginal Fistula (VVF) and the difficulties faced by its victims, Chukwu stated that he is now working on a film.

He promised to produce the film as part of his support for Josephine Elechi, the former first lady of Ebonyi State.

Andy Chukwu is married to his beloved wife, Jane Chukwu. The couple welcomed twins in May 2016.

Andy Chukwu’s father sadly passed away in 2015, and his colleagues, friends and well-wishers sent their heartfelt condolences.