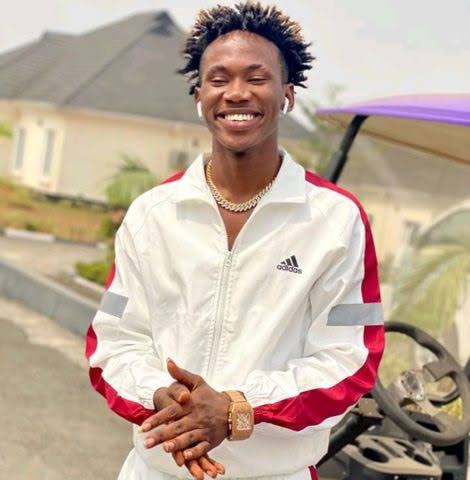 Nwagbo Chidera Oliver, born January 22, popularly known as Pankeeroy, is a famous Nigerian comedian, dancer, host, and Instagram influencer. He was born in Surulere, Lagos State, where he grew up. Pankeeroy rose to prominence after his comedy video went viral on social media.

Pankeeroy, who was born on January 22, is a native of the Nigerian state of Anambra. He spent his formative years in Surulere, Lagos, in the western region of Nigeria.

While growing up, Pankeeroy showed interest in acting but didn’t have the opportunity to join Nollywood so he strated comedy on Instagram.

Pankeeroy’s career started at a tender age before he became known for his comedy skits on Instagram.

He always entertains his followers with his energetic dance steps with many upcoming dancers looking up to him as their role model.

Pankeeroy has featured in the same comedy videos alongside Sydney Talker, ZfancyTv, Crazeclown, Nasty Blaq, and others.

Pankeeroy has an estimated net worth of $400,000. The money he makes from advertisements on his channel.

Comedian Pankeeroy has made a name and fame in the industry after breaking into the entertainment industry.

It is a known fact that Pankeeroy is a handsome young man, but he is yet to reveal his girlfriend.

On April 21, 2021, the Instagram comedian was arrested by the Economic And Financial Crime Commission (EFCC) for allegedly involving in Internet fraud.

Instagram is where the multi-talent comedian displays his talent and creativity.

His social media handle is:

Pankeeroy has not revealed his phone number publicly for personal reasons.