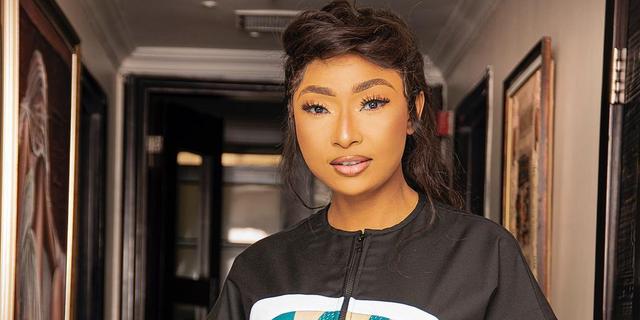 She has won six awards over the course of her career, including the Most Promising Act of the Year award at the 9th Africa Movie Academy Awards

The Nigerian Nollywood movie actress, movie director, and producer, Belinda Effah was born on 14th December 1989 in her hometown in Cross River State and was raised in Cross River by her parents Mr. and Mrs. Effah.

Her father, late Chief Asido Bassey Effah was a senior military officer that retired as a Lieutenant Commander in the Nigerian Navy. He reportedly ran a polygamous family and had several children with Belinda Effah being one of them.

She also attended the prestigious University of Calabar for her university education. She studied there and earned a Bachelor’s degree in Genetics and Biotechnology.

Bassey At the age of sixteen, Effah began her career in the Nigerian entertainment industry known as Nollywood.

Her first reality TV show appearance was on “Next Movie Star.” She competed in a reality TV show alongside other housemates, finishing fifth. Before finally starting her own show, “Lunch Break with Belinda,” Belinda was a television presenter for Sound City.

In the 2005 television series Shallow Waters, she made her Nollywood debut. She then took a break from the series to appear on the reality show Next Movie Star. She came in fifth place and was never evicted from the house.

She used to work as a television host for Sound City, a Nigerian entertainment cable station. She did, however, leave the station to launch her own TV show, Lunch Break with Belinda.

She is the CEO and founder of GCB Empire, a clothing and fashion brand based in Nigeria.

Iké Udé’s portrait of her was featured at the Smithsonian National Museum of African Art’s during Nollywood Portraits exhibition in 2022.

Smithsonian National Museum is located on the National Mall of the United States capital. Its collections include 9,000 works of traditional and contemporary African art from both Sub-Saharan and North Africa.

Belinda Effah is a popular Nigerian actress, producer and film director with a net worth of $500,000.

She gave birth to a son in the United States in 2016. She has kept the child’s father’s identity a secret. Grace has refused to talk about her child or child’s father but had this to say:

People do not care about you really; they don’t know how I feed or live. All those information are private and I don’t want it in the public space.

She publicly stated in 2021 that she would prefer to be addressed as Grace-Charis Bassey rather than Belinda Effah. She explained that she had a divine encounter with God on August 15, 2020, which inspired her to change her name to Grace.