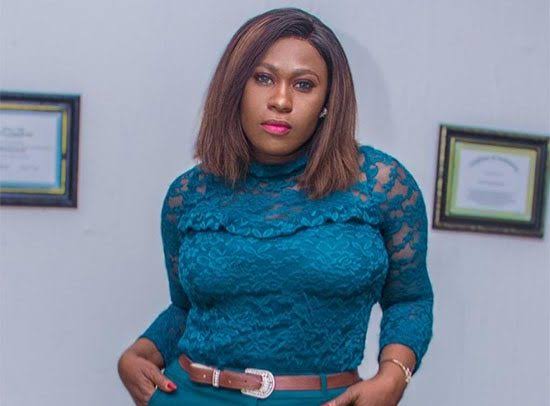 Uche Jombo Rodriguez, born December 28, 1979, is a Nigerian actress, film producer, and screenwriter. She was born in Abiriba, Abia State, Southeast Nigeria. Uche Jombo made her acting debut in the 1999 Nollywood movie, Visa to Hell.

Uche Jombo was born in Abiriba, Abia State, in the Southeast geopolitical zone of Nigeria. She grew up with her siblings.

She had her elementary and secondary school education in her hometown in Abia State before proceeding to a higher institution.

She holds degrees in computer programming from the Federal University of Technology Minna and mathematics and statistics from the University of Calabar.

Uche Jombo made her film debut in Nigeria with the release of the 1999 movie, Visa to Hell.

She has written and collaborated on the screenplays of many films, including The Celebrity, Games Men Play, Girls in the Hood, and A Time to Love.

She has acting credits in over 200 Nollywood movies with more than 20 classics she has written the screenplays for.

She launched her production company, Uche Jombo Studios production firm, and began executive producing her own movies in 2008.

Her directional movies include the box office hit true-life drama Heaven on My Mind, How I Saved My Marriage, and Lost in Us.

Uche Jombo has an estimated net worth of $2 million. She is one of the richest Nigerian actresses.

Uche Jombo is married to Kenney Rodriguez, a Puerto Rican businessman. They go married in 2012, with the union blessed with a son Matthew, who was born in 2015.