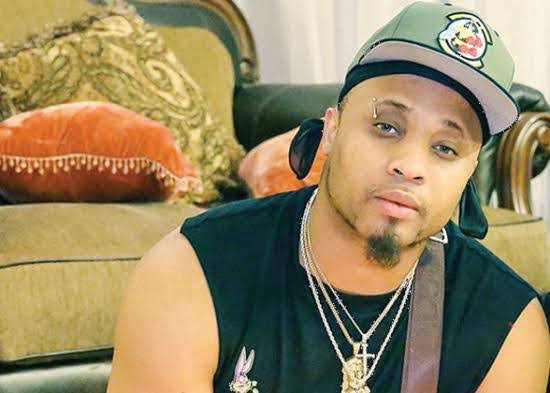 Adebayo Adeleke, born July 23, professionally known as B-Red, is a talented Nigerian singer. His solo career began in 2013 with the release of the single “Insane Girl,” which was produced by Shizzi and features vocals by Davido. B-Red is primarily recognized as Davido’s cousin. In 2016, he released his debut EP All the Way Up.

B-Red, the son of Nigerian senator Ademola Adeleke, was born in Atlanta, Georgia, in the United States.

He moved to Nigeria to pursue a career in music. He is the cousin Nigerian pop singer, Davido who is the founder of Davido Music Worldwide (DMW).

B-Red has been with HKN for five years, but during that time he hasn’t released an album; instead, in the middle of 2016, he only put out an extended play EP.

The eight songs on the EP, titled “All The Way Up,” included six bonus tracks that were primarily previously published singles.

He did, however, release a number of singles between 2013 and 2015, including “Uju” and “Cucumber,” which he collaborated on with Akon.

In April 2019, the Mavin Records CEO and HKN singer-songwriter B-Red released two songs together under the title “E Better.”

And “Achie,” which features Davido, an accomplished performer. On October 12, 2020, B-Red released a new studio album titled “The Jordan.”

The intro of the album featured Senitor Ademola Adeleke, his father, as a guest performer.

B-Red is a popular Nigerian singer and songwriter who has an amassed a net worth of $4 million. He is an outstanding singer who has made impact with his music since he rose to prominence.

B-Red is happily married to Faith Johnson and they have a son together named, Jordan Adeleke.