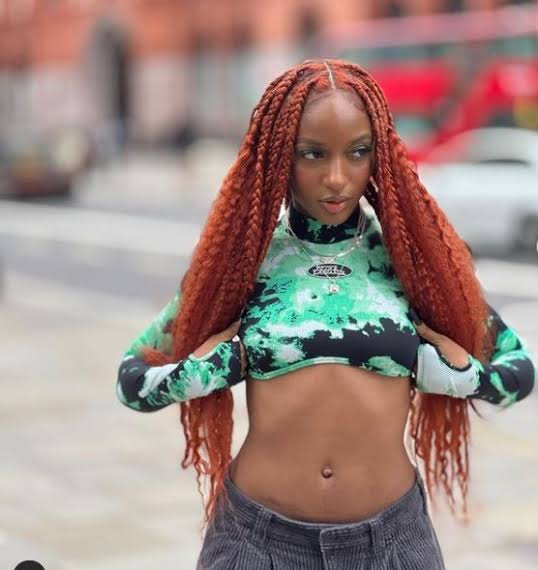 Oyinkansola Sarah Aderibigbe, born June 14, 2002, professionally known as Ayra Starr, is a Nigerian female singer, model, and songwriter currently signed to Mavin Records. Ayra Starr was born in Cotonou, Benin, where she grew up before moving to Nigeria to pursue her music career.

Ayra Starr was born and raised in Cotonou, Benin a country in West Africa. She was raised by her parents.

Ayra Starr’s parents are from Edo State, Nigeria, and she has a brother named Dami Aderibigbe.

Due to her interest in music, she started singing at the age of 10 in a high school choir and also started writing songs with her only brother.

Ayra Starr’s mother has always been supportive of her musical ambitions, encouraging her to pursue a career in music.

Her music career started after she posted her original work on social media in 2020, which caught the attention of Mavin Records’ boss, Don Jazzy who signed her to the record label.

Prior to her Mavins Records signing, Ayra Starr had contract with Quove Models, a Lagos based modelling agency.

During her modeling career, she modeled for popular brands including Complete Fashion Magazine, Mazelle Studio and Esperanza Woman.

In 2021, she released her Extended Playlist, Ayra Starr EP with Away as the lead single.

The EP reached number one on Apple Music in 5 countries and accumulated over 11 million streams across Spotify, YouTube and Audiomack.

The female singer is doing well in the industry, with her first project topping the charts in five countries.

Ayra Starr is not yet married, not engaged to any man. She is single and not bothered about relationship rather working on her music career.

Despite being linked with some celebrities, the talented singer has not lift the lid about her relationship.

You can reach her on social media through: