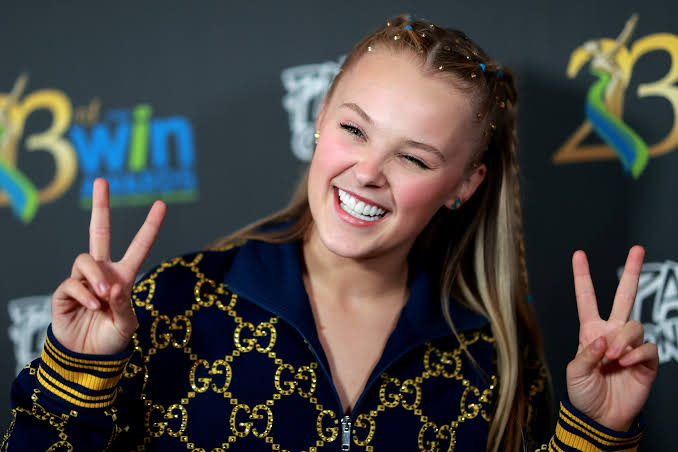 Joelle Joanie Siwa, born May 19, 2003, known professionally as Jojo Siwa, is a super-talented American singer, dancer, actress, and YouTuber. She rose to prominence following her two-season appearance on Dance Moms alongside her mother, Jessalynn Siwa. Jojo Siwa is included in Time’s 2020 list of the 100 most influential people in the world.

Joelle Joanie Siwa was born on May 19, 2003, in Omaha, Nebraska, to Tom Siwa, a chiropractor from Nebraska, and Jessalynn (née Lombardi), a certified dance instructor from Iowa.

Her older brother Jayden Siwa, who is also a YouTuber, is her only sibling.

Siwa began her professional dance career as the youngest competitor and a top-5 finalist on the second season of Abby’s Ultimate Dance Competition, which was created by Dance Moms star Abby Lee Miller.

She joined her mother on the show, and in week nine, she was eliminated. Siwa quickly made an appearance on Dance Moms after being chosen for Miller’s “ALDC” dance competition team following an audition in 2014.

“Boomerang” and Siwa’s prior single, “I Can Make U Dance,” were both made available for download in May 2016. The movie “Boomerang” touches with the issue of cyberbullying.

More than 5 million people have liked the video, which has had over 950 million views. Siwa received the Breakout Artist of the Year award from Vivid Seats in 2018.

In a total of 52 cities across the United States and Canada, she was set to visit a variety of theaters, outdoor amphitheaters and stadiums, as well as indoor arenas.

In addition, there would be additional concerts in Australia and the UK. The tour was supposed to start on May 17 in Phoenix, Arizona.

The tour was supposed to come to an end on June 26 in Austin, Texas, and then resume on July 10 in Orlando, Florida, for the second leg. Vancouver, Canada’s last date, was set for August 20.

She appeared on the Queer 50 list published by Fast Company in 2021 as well as the yearly list of the 100 most important persons in the world compiled by Time in September 2020.

She and Matthew Morrison alongside Stephen “tWitch” Boss were named judges for the seventeenth season of So You Think You Can Dance on April 4, 2022.

She received the GLSEN Gamechanger Award on September 9, 2022, in recognition of her anti-bullying campaign work.

JoJo Siwa is an award-winning American singer, actress, dancer, singer, model, and reality television personality with a net worth of $20 million.

From August to November 2020, Jojo Siwa was dating Mark Bontempo, a popular TikTok star. In January 2021, Siwa publicly identified as a member of the LGBTQ+ community on social media.

Since then, she has declared that she doesn’t find guys attractive.

In February 2021, Jojo Siwa made public her relationship with Kylie Prew, her best friend, who had proposed to her a month before.

After splitting up in late 2021, the couple announced their reconciliation in May 2022.