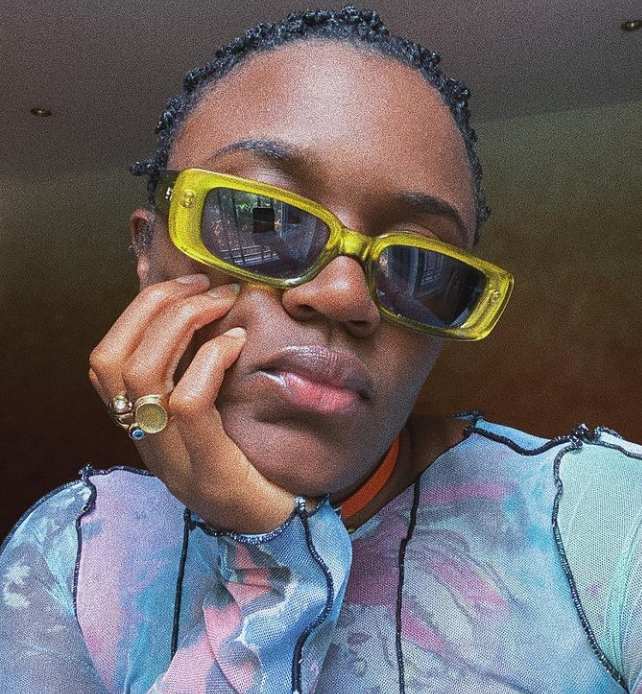 Here is Amaarae biography which contains all the information about the popular Ghanaian singer.

You may have been enjoying hit songs from Amaarae but there are untold facts you need to know which you will find in this post.

Ama serwah Genfi, born July 4, 1994, better known as Amaarae, is a Ghanaian-American singer, songwriter, and record producer. She came into the spotlight after releasing “Fluid,” a hit song taken off her 6-track debut project, “Passionfruit Summers EP.” Amaarae was born and raised in New York, US.

Amaarae was born in New York to Ghanaian parents Ama Bawuah and Kwadwo Boateng Genfi and spent her childhood in Atlanta, Georgia and Accra, Ghana.

She is the elder of two siblings. Amaarae wrote her first song when she was 13 years old.

She adored watching music videos as a teenager, and one of her most memorable recollections was viewing the music video for Kelis’ song “Young, Fresh n’ New.” Kelis’ distinct expression served as an inspiration for her.

Amaarae began making mixtapes in high school then stared an internship at a recording studio when she was 17 years old. She received voice instruction and polished her songwriting skills while studying English literature at a postsecondary institution.

Amaarae studied English literature at a university in the United Kingdom before she eventually returned to Ghana in June 2017.

Amaarae started her music career at the early age of 13 when she started writing songs. At 17, she took an internship at a music studio, which gave her a boost in her career.

Amaarae released her debut EP “Passionfruit Summers” in November 2017, which announced her introduction into the music industry.

Amaarae was named one of Apple Music Africa’s Favorite New Artists in April 2018 and later that year became an Apple Music Beats 1 featured artist for her debut project Passionfruit Summers, which she released on November 30, 2017 via her independent record label, Golden Child LLC.

In November 2018, she performed at ART X Lagos, a Nigerian art fair, alongside Teni, Boj of DRB LasGidi, and Odunsi.

Amaarae has also been recognized for her sense of style and fashion. In 2018, she was featured online in Vogue Magazine in an article on four ladies with buzz haircuts from around the world and was named one of Vogue’s Top 100 Style Influencers in 2018.

Amaarae was choosen to perform alongside La Meme Gang (Nxwrth, RJZ, KwakuBS, Darkovibes, Kiddblack, and $pacely) and rapper Kwesi Arthur at the first Boiler Room event in Accra on March 23, 2019.

Since then, Amaarae has worked with Stonebwoy, Kojey Radical, M3NSA, Santi, Blaqbonez, Buju, Odunsi, and B4bonah.

She also earned a collaboration with Wande Coal, a Nigerian singer-songwriter in 2019 on the song Spend Some Time, which the Ghanaian superstar delivered as expected.

Amaarae’s debut studio album, The Angel You Don’t Know, was released on November 12, 2020. It “crackles with creativity, a pacesetter at a time when industry bigwigs are catching up to the long-held truth that Africa is setting the worldwide tempo for pop music,” according to Owen Myers of Pitchfork.

Amaarae, together with Black Sherif, Stonebwoy, and Smallgod, met Kendrick Lamar in May 2022 during his tour to Ghana and held a private album listening party in Accra for his new album, Mr. Morales & The Big Steppers.

Amaarae is a popular Ghanaian singer with an estimated net worth of between $1 million. The singer is one of the richest female musicians in Ghana.

Amaarae is currently single and is not in any relationship. The singer is focused on her music career and doesn’t seems to care much about relationship.