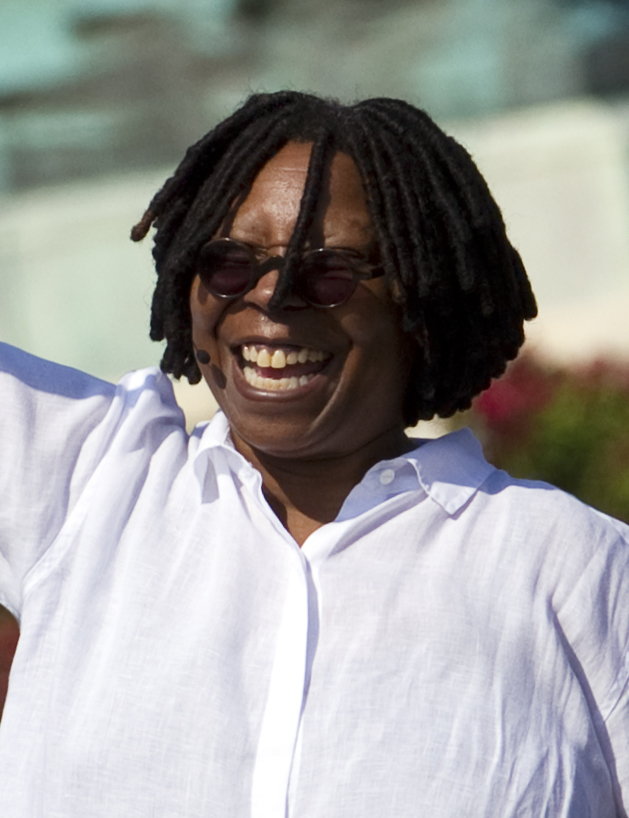 Caryn Elaine Johnson, born November 13, 1955, better known as Whoopi Goldberg, is a famous American actress, comedian, television personality, and author. She is one of 17 entertainers who have won the EGOT, which consists of an Emmy Award, a Grammy Award, an Academy Award (or “Oscar”), and a Tony Award. She has won numerous awards. She was awarded the Mark Twain Prize for American Humor in 2001.

Whoopi Goldberg was born into the family of Robert James Johnson Jr., a Baptist pastor, and Emma Johnson (née Harris), a nurse and teacher in Manhattan, New York City, on November 13, 1955.

She was reared in the Chelsea-Elliot Houses in New York City, a public housing development.

With her one-woman show Spook Show, Goldberg launched her stage career in 1983.

Whoopi Goldberg, the show’s Broadway adaptation, ran from 1984 to 1985. For recording the show, she took home a Grammy for Best Comedy Album.

Her breakthrough performance as Celie, a mistreated woman in the Deep South, in Steven Spielberg’s historical drama The Color Purple marked her entry into the big screen, and she went on to win the Golden Globe for Best Actress in a Motion Picture – Drama for the part.

She received a second Golden Globe Award as well as the Academy Award for Best Supporting Actress for her portrayal of an eccentric clairvoyant in the romantic fantasy Ghost (1990).

She played a leading role in the comedy Sister Act (1992), and in its sequel, Sister Act 2: Back in the Habit (1993), she attained the position of highest-paid actress.

On stage, Goldberg has been in the Broadway revivals of Ma Rainey’s Black Bottom by August Wilson and the Stephen Sondheim play A Funny Thing Happened on the Way to the Forum.

As the producer of the musical Thoroughly Modern Millie, she received a Tony Award.

She earned the Daytime Emmy Award for Outstanding Chat Show Host for her role as co-host and moderator of the daytime talk show The View in 2007.

She has four times presided over the Academy Awards ceremony.

Whoopi Goldberg is top talented American actress, comedian, singer-songwriter, media personality, and author with a net worth of $60 million.

She had romantic relationship with actors Ted Danson and Frank Langella.

During his 1993 Friars Club roast, Danson controversially donned blackface; Goldberg prepared some of his jokes for the occasion and stood up for Danson amid a media uproar.

Alexandrea Martin, Goldberg’s daughter, who is also an actress and producer, was born in 1973. Goldberg has three grandchildren and a great-granddaughter through her daughter.