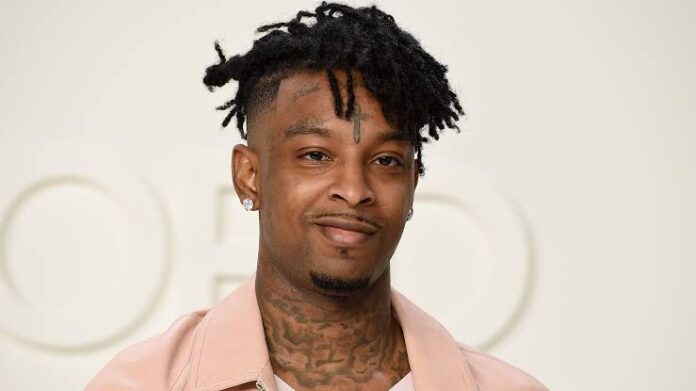 Shéyaa Bin Abraham-Joseph, born October 22, 1992, professionally known as 21 Savage, is a prominent American rapper and songwriter. He gained notoriety in 2015 after releasing two mixtapes, and then in 2016, he and Metro Boomin collaborated on the EP Savage Mode, which brought him widespread acclaim.

Born Shéyaa Bin Abraham-Joseph, 21 Savage The son of Heather Carmillia Joseph and Kevin Cornelius Emmons, was born on October 22, 1992, at Newham University Hospital in the Plaistow neighborhood of London.

His mother’s family is from Dominica, and his father’s is from Saint Vincent and the Grenadines. Both of his parents are British citizens with Caribbean ancestry.

His father still resides in London, where he works for Westminster City Council, and his twin sisters, dance choreographers Kyra and Jayda Davis, are from Haiti.

Early in life, 21 Savage’s parents divorced, and when he was seven years old, he relocated to Atlanta, Georgia, with his mother.

The mother of 21 Savage then started dating endocrinologist and British expat Dr. Amsu Anpu, with whom she had further kids.

He had a brother named Quantivayus (“Tay-Man”) who was shot and killed following an attempted cocaine transaction.

Due to his gun ownership in the seventh grade, 21 Savage was permanently expelled from all of the schools in the DeKalb County School District.

The song “Ric Flair Drip,” which did not include him, appeared on the collaborative album Without Warning (2017) by Offset and Metro Boomin.

The song “Jimmy Cooks” from Drake’s album Honestly, Nevermind featured 21 Savage and it debuted at number one on the Hot 100 in 2022, giving 21 Savage his second number-one on the chart and his first number-one debut.

21 Savage is a popular American rapper and songwriter who has amassed a net worth of about $12 million through his hip hop music.

Both 21 Savage and his mother practice the ancient Ifá religion of West Africa.

He started taking flying lessons in a Cirrus SR20 single-engine plane in October 2017.

He supports Arsenal in the English Premier League.