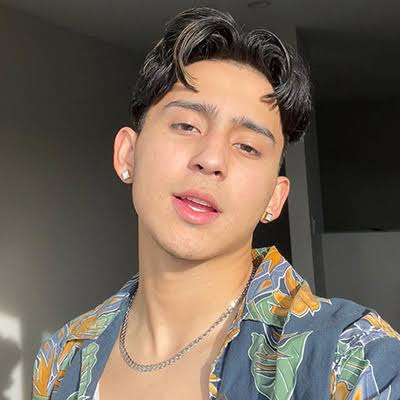 Alex Guzman, born October 20, 2001, known professionally as Blesiv, is a renowned American YouTuber and social media personality. He rose to fame for his social media posts and YouTube videos, which gave him massive recognition.

Alex Guzman, also known by the nickname Blesiv, was born in Reno, Nevada, on October 20, 2001. He grew up Along with Harry Rivas, his older brother, and Henry Rivas, his younger brother.

Alex Guzman’s parents and grandparents are from Managua, Nicaragua. Sparks High School, a public high school in Nevada, awarded Blesiv his diploma in 2018.

Alex Guzman was persuaded to frequently take part in his Facebook live broadcasts and YouTube videos by his cousin, who served as his initial social media introduction.

He later rose to fame for sharing lip-sync videos on TikTok, formerly known as musical.ly.

On the video-sharing app, he now has over 7 million followers and nearly 600 million hearts as a result of his humorous lip-sync videos to well-known artists’ songs.

The young man Blesiv is not only active on social media, but he also runs a business. He oversees a website called Bless Merch.

He sells hats, hoodies, and t-shirts among other things. He additionally sells phone covers, stickers, and posters.

Alex Guzman is a renowned American YouTuber and social media personality who has an estimated net worth of $500,000.

Alex Guzman was once in a relationship with Hailey Orona, also known as Real Ona, an Instagram model.

Their relationship was unpredictable, and their ongoing disagreements ultimately caused them to break up.

Hailey Orona started exchanging pictures and videos with another social media sensation, Brandon Westenberg, after breaking up with Alex Guzman.

When Alex Guzman shared a private video with Brandon Westenberg in which Blesiv could be seen in the background, her followers were incensed.

Later, he shared an emotional Instagram story about how surprised he was by the alleged incident.