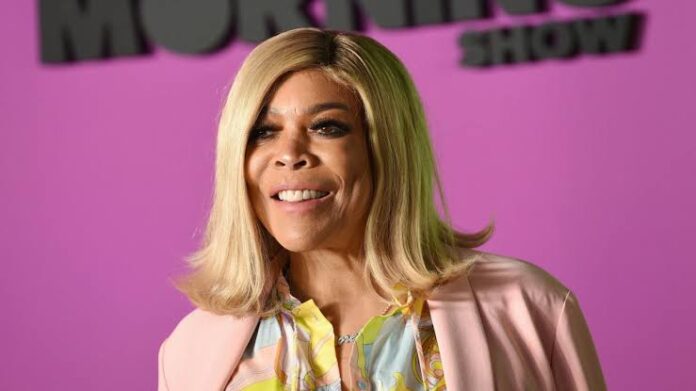 Wendy Williams Hunter (née Wendy Joan Williams), born July 18, 1964, better known as Wendy Williams, is an award-winning American broadcaster and writer. She was as presenter of the nationally televised talk show The Wendy Williams Show from 2008 until 2021.

Wendy Joan Williams was born on July 18, 1964 in Asbury Park, New Jersey. She is the second of Shirley (née Skinner) and Thomas Dwayne Williams’ three children.

The pair possessed a total of three master’s degrees; Thomas was a teacher and school principal who, in 1969, became the first black school administrator in Red Bank, New Jersey, while Shirley taught special education.

The family relocated to the primarily white, upper middle class suburb of Wayside in Ocean Township, New Jersey, after the race riots in Asbury Park in 1970.

They frequented a Baptist church[9] and spent each summer at the Oak Bluffs, Massachusetts, vacation destination for African Americans.

Williams’s doctors advised her to take medication as a child to manage her hyperactivity.

Her parents placed her on a diet after she gained weight in elementary school, which caused her to have a negative self-image.

Williams served as a volunteer candy striper while a Brownie in the Girl Scouts. Her parents anticipated that she would work as a nurse.

Wendy Williams was one of four Black graduates from Ocean Township High School in 1982, taking the 360th place in the graduating class of 363.

Her academic standing contrasted with that of her older sister Wanda, who was awarded a scholarship to college at the age of 16.

Williams’ white classmates treated her as one of their own and freely used the word “nigger” around her because she was able to speak in “white” diction rather than African-American Vernacular English.

She claimed that the only thing the other black kids had in common with her was cannabis use.

Williams chose to enroll at Boston’s Northeastern University with the goal of becoming a television anchor.

Wendy Williams earned a Bachelor of Arts in communication and, in order to please her parents, a minor in journalism before graduating in 1986.

Wendy Williams worked as a radio DJ and host before switching to television. He quickly earned a reputation as a shock jock in New York.

She became well-known for her altercations with celebrities while they were on-air and was the focus of the 2006 VH1 reality television program The Wendy Williams Experience, which covered the events that took place around her radio show.

Williams also writes books, has cameo appearances in movies and TV shows, tours her comedy show, and has her own product lines, which include a wig brand, jewelry line, and fashion line.

In 2009, Wendy Williams was inducted into the National Radio Hall of Fame. The street where she was raised in Asbury Park, New Jersey, was renamed Wendy Williams Way on her 50th birthday.

Wendy Williams is a top American television host, businesswoman, media personality and author with a net worth of $20 million.

Wendy Williams provided a black female high school student interested in a communications major in college with a $1,000 scholarship in 2005.

Later awardees obtained internships at WBLS in 2006 and 2007. In 2009, she spearheaded an initiative to provide cash and school supplies to Asbury Park Middle School.

In 2014, Williams and her husband founded The Hunter Foundation, a nonprofit that supported anti-poverty initiatives and gave people access to tools while they made the transition from heroin addiction to recovery.

In May 2019, the charity was shut down due to Williams’s divorce. Williams joined the Lymphatic Education & Research Network as an ambassador and honorary board member in September of that same year.