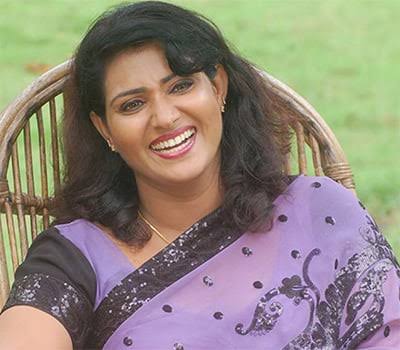 Vani Viswanath, born May 13, 1971, is a popular Indian actress who has appeared in Malayalam and Telugu films. Vani’s performance in the T. V. Chandran-directed film Susanna earned her the Kerala State Film Award for Second Best Actress in 2000. She was referred to as the “Action Queen” of Mollywood. She joined the Andhra Pradesh Telugu Desam Party in 2017.

In 1971, Thazhathuveettil Vishwanathan, a Malayali astrologer, and Girija, a housewife, welcomed their fourth child, Vani Viswanath, into the world in Ollur, Thrissur.

She attended St. Raphael’s Convent Girls High School in Ollur before continuing her education in Chennai.

When she was 13 years old, her father used astrology to predict that she would go into acting and politics.

Vani Viswanath has mainly been seen in Telugu and Malayalam films. She starred in The King alongside Mammootty, Usthad alongside Mohanlal, and Chinthamani Kolacase alongside Suresh Gopi, in that order.

She also had appearances in Tamil and Kannada films. She was one of the prominent figures in South India at the time.

With Tollywood superstar Chiranjeevi, she co-starred in the smash hit film Gharana Mogudu.

Vani has received training in fighting and martial arts, and she has bravely fought several men in the movies.

Vani co-starred in the Hindi films Jung and Bhishma with Mithun Chakraborty, a superstar.

Vani Viswanath is a talented and iconic indian actress who has a net worth of around $300,000.

She fell in love with Baburaj while working on several movies with him. The couple wed in 2002; they have two kids.