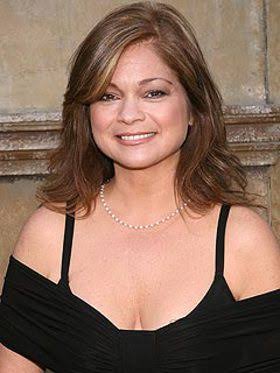 Valerie Anne Bertinelli, born April 23, 1960, better known as Valerie Bertinelli, is a popular American actress. She has received numerous honors for her work in television acting and presenting, including two Emmy Awards, two Golden Globe Awards, and Screen Actors Guild Award nominations. She received a star on the Hollywood Walk of Fame in 2012.

Nancy (née Carvin) and Andrew Bertinelli, a senior executive at General Motors, welcomed Bertinelli into the world in Wilmington, Delaware.

Her mother is of English ancestry, while her father is Italian. Three brothers, David, Patrick, and Drew, are her siblings. Before she was born, her older brother Mark passed away at the age of 17 from accidental poisoning.

Her father’s work required the family to relocate frequently.

They have lived in Claymont, Delaware; Clarkston, Michigan; Shreveport, Louisiana; Oklahoma City; and the Los Feliz neighborhood of Los Angeles, California, where Bertinelli attended the Tami Lynn School of Artists to pursue an acting career.

She was raised a Roman Catholic and went to Granada Hills High School.

The role of Barbara Cooper Royer on the sitcom One Day at a Time (1975–1984) is where Bertinelli first came to prominence as an actress.

For this role, she won two Golden Globe Awards for Best Supporting Actress in a Series, Miniseries, or Television Film.

As Gloria on the religious drama series Touched by an Angel (2001–2003) and Melanie Moretti on the sitcom Hot in Cleveland (2010–2015), for which she received a Screen Actors Guild Award nomination, she later achieved adult success.

For the Food Network, Bertinelli has hosted a number of shows, including Valerie’s Home Cooking (2015–present) and Kids Baking Championship (2015–present), the latter of which garnered six nominations and two Daytime Emmy Awards.

Valerie Bertinelli is an award-winning American actress with a net worth of $20 million. He has featured and starred in several films.

In her autobiography, Bertinelli stated that the primary causes of her divorce were her husband’s cocaine addiction and his refusal to give up smoking despite being diagnosed with oral cancer and losing one-third of his tongue during the course of treatment.

She began dating financial planner Tom Vitale in 2004 and announced her engagement to him in May 2010. Bertinelli and Vitale wed on January 1, 2011, in Malibu, California, with Bertinelli wearing a dress made especially for her by designer David Meister.

She has four stepchildren as a result of her marriage to Vitale. Bertinelli filed for legal separation from Vitale on November 24, 2021, citing irreconcilable differences.

Valerie Bertinelli ran in the April 2010 Boston Marathon to support the Dana-Farber Cancer Institute, finishing it in a time of 5:14:37.

In 2014, she made an appearance on Who Do You Think You Are? both her ex-husband, Eddie Van Halen, and their son, Wolfgang Van Halen, attended the wedding. and discovered that she is an English monarch, King Edward I.