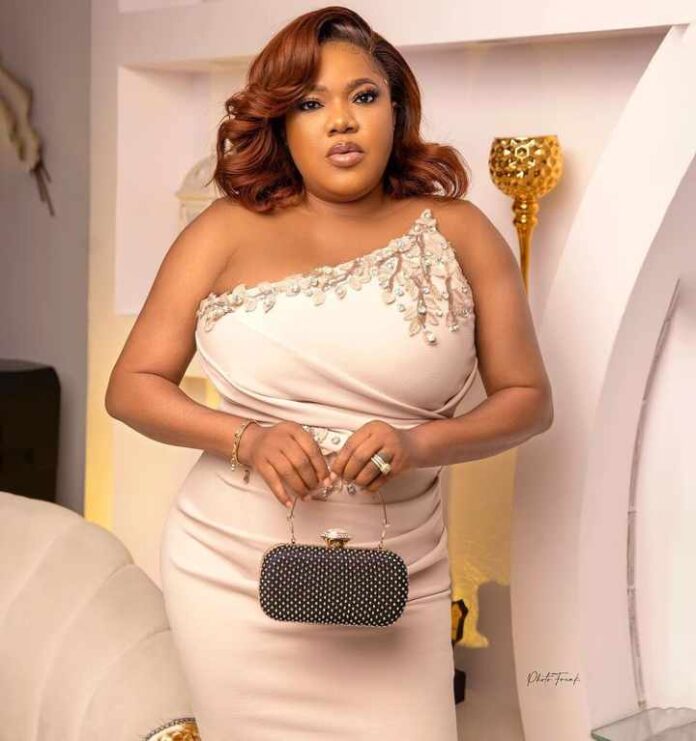 We bring you Toyin Abraham biography which contains all relevant information about the super Nigerian actress.

She is one of the best Nollywood actresses in Nigeria having appeared in lots of Nigerian movies.

Toyin was born in Auchi, a town in Edo State in the southern part of Nigeria. She came into spotlight in 2003 when Bukky Wright came to Ibadan to shoot movie.

Toyin Aimakhu Abraham was born and raised in Auchi, a town in Edo State, Nigeria. However, spent her early life in Ibadan, Oyo State.

She attended St Anne’s School Ibadan where she had her secondary education before she proceeded to Osun State Polytechnic Irere.

She obtained a Higher National Diploma Certificate in Marketing from Ibadan Polytechnic.

Toyin Abraham has starred in many movies including her Black Val where she played a lead role.

Some of her movies are Alani Baba Labake and Ebimi ni having started acting in 2003.

Toyin Abraham is a Nigerian popular actress with an estimated net worth of $1 million.

Some of her Yoyin Aimakhu Abraham movies includes:

Toyin Abraham got married to Adeniyi Johnson, a Nollywood actor in 2013, but unfortunately the marriage lasted for only two years.

Then, in July 2019, she had a traditional engagement with Kolawole Ajeyemi, who is also an actor and they welcomed their first child in August, 2019.