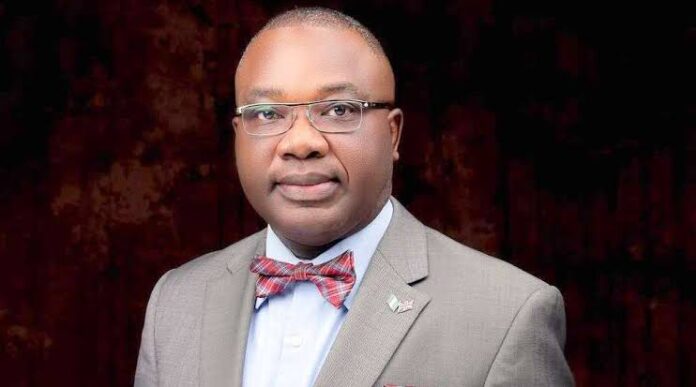 Anthony O. Ojukwu Esq, popularly known as Tony Ojukwu, is the Substantive Executive Secretary of the National Human Rights Commission. He was born in Imo State, Nigeria where he had his primary and secondary education. Tony Ojukwu was elevated to the position of Senior Advocate of Nigeria (SAN) in October 2021.

He previously served as the Director of Monitoring, onetime Director of Legal Services, Director of Protection and Investigation, and Director of the Executive Secretary’s office of the Commission.

Not much information is known about his early life although he is from the South Eastern part of Nigeria, the Igbo ethnicity.

He attended the University of Nigeria, Enugu campus, where he graduated with a law degree in 1985.

Tony Ojukwu obtained a Masters degree in Law from the University of Lagos in 1988.

To add to his portfolio, he obtained another Human Rights Training Program, Equitas Canada in (2007).

Ojukwu was a former Special Assistant to the Attorney General of the Federation and Minister of Justice.

He also served as a one-time Administrative Secretary of the defunct National Electoral Commission in Imo State.

He has 32 years post call to bar experience out of which 17 years have been spent in the Commission.

He also worked as the Special Assistant to the then Executive Secretary of the Commission, the pioneer Head of the Monitoring and External Programs Department and subsequently the Zonal Coordinator of the South South Zonal Office of the Commission in Port Harcourt.

Tony Ojukwu is a popular human rights activist, although his net worth has not been estimated yet.

Tony Ojukwu is married to his lovely wife, and they have four children together. He is believed to be enjoying a happy marriage with his children, all focusing on their education.