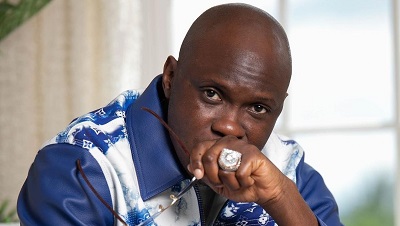 Tobi Adegboyega, born November 11, 1980, is a Nigerian pastor and the founder of Salvation Proclaimers Anointed Church (SPAC Nation, also known as the NXTION Family), a London-based Pentecostal church. He is from the Yoruba. Tobi Adegboyega relocated to London to stay with his cousin, John Boyega.

In 2005, Tobi Adegboyega relocated to London from Lagos, Nigeria. He shared a room with his cousin, actor John Boyega, when he arrived in London.

SPAC Nation was founded in 2008 by Pastor Tobi Adegboyega. The church began with only three members. Croydon, South London, is the location of the church.

As Pastor, he invites offenders to lay down their guns before his church’s altar during services, an act that has elicited both praise and criticism.

Tobi Adegboyega stepped aside as Lead Pastor of SPAC Nation on May 20, 2020, and Samuel Akokhia and Damy Balogun took over. The statement was made on the official Twitter account of the church.

According to a BBC Panorama investigation, Adegboyega and other church officials have been accused of financially exploiting church members.

Panorama spoke with church members who blamed the church and demanded Adegboyega be held responsible.

Panorama later produced a video of Adegboyega, in which he was cited as saying that it was “no big deal2” for church members to pay at least £1,000 per month to the church, and that he needed to generate £1 million per month.

Nino, a church member, claimed he was approached for £20,000 by Adegboyega, who claimed he needed it for a business venture. While the church has disputed the charges, Adegboyega has declined a BBC Panorama interview.

Croydon North MP Steve Reed accused his church of financial abuse and fraud in January 2020, but the police claimed they would not initiate a criminal investigation until February 2020.

Several more charges of money misappropriation, fraud, domestic abuse, and sexual abuse have been leveled against his church, SPAC Nation, and its pastors.

SPAC Nation was accused of encouraging young people to sell blood in 2019.

Tobi Adegboyega is a popular Nigerian pastor. He has an estimated net worth of $20 million. He is one of the richest pastors in Nigeria.

In a 2018 post for SPAC Nation, Victoria Derbyshire revealed that Adegboyega was living with 14 ex-criminals.

When these offenders are released from prison, he takes them in with the intention of preventing them from returning to crime.

Former gang members are encouraged to lay down their weapons at the altar during services, and he provides them with new opportunities.

In 2019, he stated his intention to relieve poverty among young people in Lagos State by creating jobs in the waste management industry.

During the COVID-19 epidemic in March 2020, he provided relief supplies to the poorest and most densely populated communities and villages in Nigeria, Ghana, and Tanzania. In various parts of the United Kingdom, the similar gesture was made.

He organized a breakfast with the Financial Times and other leaders in attendance to talk about prospects for Nigerian youth.

Tobi Adegboyega is a cousin of John Boyega, a British actor. In Surrey, he resides in a £2.5 million house. He revealed in a 2020 interview that he had been married for eight years.