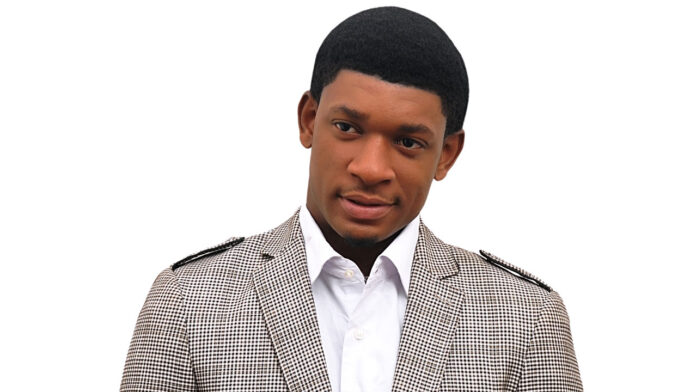 Uche Okolo, born September 27, better known as Steve Crown, is a Nigerian gospel singer and songwriter. His smash hit “You Are Great” propelled him to stardom. He founded Lakelight Entertainment, a record label dedicated to assisting emerging gospel singers in achieving their dreams.

Steve Crown comes from a family of Anglicans and has five siblings which he grew up together with in Benue State, Nigeria.

The talented gospel singer comes from Benue State in Nigeria’s north central region and currently resides in Abuja, where he pursue his music career.

He had his primary and secondary school education in Benue State, obtaining the relevant credentials then proceeded to a higher institution.

Steve Crown graduated from the University of Abuja with a national diploma. He also studied Office Management and Technology at the Federal Polytechnic in Zamfara State.

Steve Crown began singing at the age of four and joined the choir at his local Anglican church at the age of eight. He has an innate affinity for drums and has frequently irritated his parents with various sounds.

Before he came into the spotlight, he was more interested in the visual arts and frequently painted. He became immersed in music and never looked back.

He rose to prominence after the publication of his hit tune “You Are Great,” and has since recorded a number of other hits like Awesome God, Imela, You Alone, God of Wonders, and others.

Steve Crown is a talented Nigerian gospel singer, songwriter and performer with an estimated net worth of $400,000.