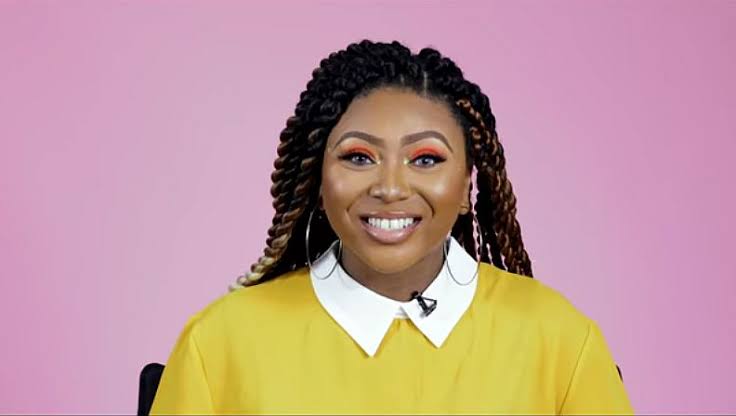 Stephanie Eniafe Coker was born on November 28, 1988, to Nigerian parents before she moved to London at an early age. She is a famous Nigerian OAP, an entrepreneur, and a TV presenter who previously worked with MTV Base. Stephanie Coker rose to fame after she joined MTV Base in 2011.

Stephanie Coker was born in Lagos, but at the age of 1, she moved with her family to North London, United Kingdom.

She studied at St. Mary’s Church of England Primary Institution in North London, which she characterized as “a fairly small school where Christianity was taken very seriously.”

She later earned a degree in media and communications from Brunel University.

She worked as an intern for Media Moguls PR, Channel 4, and MTV while attending Brunel.

Stephen got her first job in 2006 at the Arsenal Emirates stadium in North London, where she worked as a waitress.

In 2011, she was offered the role of a presenter at London 360, a Community Channel (UK) magazine-style news show.

She returned to Nigeria in 2011 and got a job as a TV presenter at MTV Base Africa. She was the anchor of the countdown show “Street Request”.

Stephanie, Bovi, and Pearl co-hosted the Guinness Colourful World of more concerts in 2013.

Stephanie is one of the richest Nigerian television presenters with a net worth estimated at $500,000.

She and her husband Olumide Aderinokun got married on August 12, 2017.

Their marriage is blessed with a daughter who was born on November 17, 2019.

Her wedding was a colorful even which took place at beautiful Greek island of Mykonos.

Stephanie Coker’s wedding was like a royal wedding with lots of celebrities and international guests coming to celebrate with the couple.