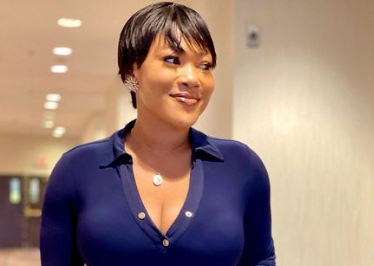 Mercy Ima Macjoe, born June 20, 1993, better known as Mercy Macjoe, is a Nigerian actress, film producer, and entrepreneur. She was born and raised in Lagos but hails from Akwa Ibom State. Mercy is best known for her roles in Magdalene and Jenna, which earned her prestigious awards.

Mercy Ima Macjoe was born as the 6th child of her parents in Lagos State. Despite her origins in Eket, Akwa Ibom State, the actress grew up in Lagos. Mercy’s father, a soldier, died when she was a young girl.

As a result, she was basically raised by her mother until she reached maturity.

Mercy received her schooling in Lagos State, where she attended nursery school, primary school, secondary school, and university. She graduated from the National Open University of Nigeria (NOUN) with a degree in mass communication.

Mercy began her Nollywood career in 2011 with the Grace Movie’s Lonely Princess. Sugar Pot, however, was the film that catapulted her into the spotlight in the industry. Mercy is enamored with her job since it allows her to portray the feelings of others.

Her mother had always been supportive of her choice of profession. She used to push Mercy to compete in talent shows and would pay for her transportation to the auditions.

Mercy Macjoe does not appear in every film because she is developing a brand and has followers who look up to her as a role model.

Midnight Crew, Zenith of Love, Shame, Magdalene, Bread of Life, Girl Next Door, and Flaws are among the films in which she has appeared. In 2018, she made her debut as a producer with the film Red.

She has produced a number of other films, including 30 and Single, Love in a Puff, and Passion’s Promise, through her production firm, MM Joe Film Productions.

Mercy Macjoe is a talented Nigerian actress, film producer and entrepreneur with an estimated net worth of $1 million.

Mercy Macjoe is not yet married. The actress and entrepreneur has not revealed information regarding her personal life, as she prefers to live a private life.

It is not clear if she is in a relationship, having not flaunt any man on social media.