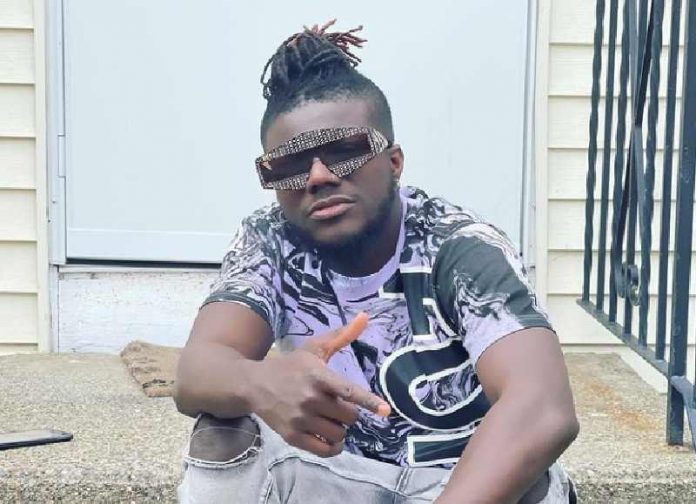 Edwin Kwame Ohene Darko, born on January 22, 1987, better known as Pope Skinny, is a famous Ghanaian singer, songwriter, and radio presenter. His love for music began at a very young age, and as a child, he was well-known for always rapping in front of his mirror or in the bathroom.

Pope Skinny was born in 1987 in Amanokrom Akuapem, Ghana’s Eastern Region. He is a member of the William Akonnor and Susan Ohene Darko family.

He was brought up in Ghana’s capital, Accra. His parents are both from Ghana.

His love for music began at a very young age, and as a child, he was well-known for always rapping in front of his mirror or in the bathroom.

He attended Base Ordinance Depot School (Burma Camp), in Accra, where he finished his elementary schooling.

He then proceeded to Adonten Senior Secondary School in Aburi, Ghana, where he received his West African School Certificate.

Pope Skinny began making music when he was a junior secondary school student. After realizing his potential, he began appearing in events like Kidafest and Fun World.

He started a rap trio called Kokrokoo with two of his classmates King Palma and Abortion when he went to senior high school.

A year after it was created, the group disbanded them Pope Skinny established Nsoi before graduating from high school.

The group was founded in association with Shankoma, another rapper.

Pope released his debut album, Mri Pa, which translates to Good Time, after finishing high school. This occurred in 2005.

He worked on the project with well-known Ghanaian artists like Castro, Bukbak, and Nkasei. The majority of the tunes from the album became popular street anthems, making it an instant hit.

While he was signed to the record company Prince Dave Records, the album was released.

Pope Skinny returned after a year away with the single Yekor Browsi, which translates to We Are Going To Browse. He had taken a sabbatical from music to grieve the loss of Prince Dave, his mentor and longtime producer.

He released another song in 2009 called “Ghanaian Girlz” with rapper 4×4.

The Ghanian musician, popularly known as Pope skinny has an estimated net worth of $100,000.