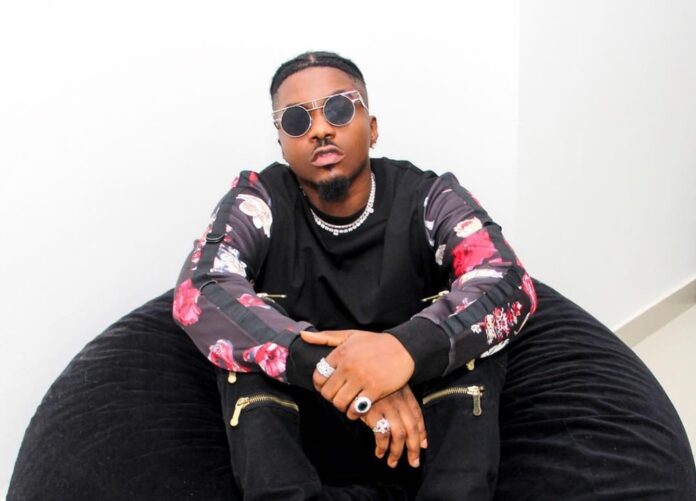 Skiibii was born in Surulere area of Lagos State where he hails from and completed his elementary and secondary education.

After his secondary education, Skiibii proceeded to study at the prestigious University of Ado Ekiti now Ekiti State University and graduated with a Bachelor’s degree in Mass Communication.

While growing up, Skiibii has always been a fan of Nigerian music. He was always singing to his family and friends during his primary school days.

Skiibii started his music career far back in high school. He started as a rapper and has grown up to become one of the most sought-after musicians in Nigeria.

The singer was signed to Five Star Music on December 24, 2014 and was presented with a Hyundai SUV as part of the record deal.

In August 2015, there were rumours about Skiibii’s death however, the singer faked his death which resulted in massive trends online and earned him fame overnight.

His time at Five Star Music was a good beginning which goes a long way in his rose to stardom before he parted ways with the record label and launched his own record “More Grace Music”.

He has a couple of hit songs to his name including Sensima and London featuring Reekado Banks. He dropped “Daz How Star Do” featuring Falz and Teni, a song which took over the town and top charts.

Skiibii further proved to his fans how talented he is by releasing a hit song titled Baddest Boy with DMW boss Davido who did justice to the remix.

Skiibii is a super talented singer and songwriter. The net worth of Skiibii is an estimated $1 million.

Skiibii has been keeping his relationship life private and has refused to say anything on that regard even when asked in an interview.

The Surulere-born singer is single and not yet married. He is not in any known relationship at the moment, rather he is only talking about his music career.