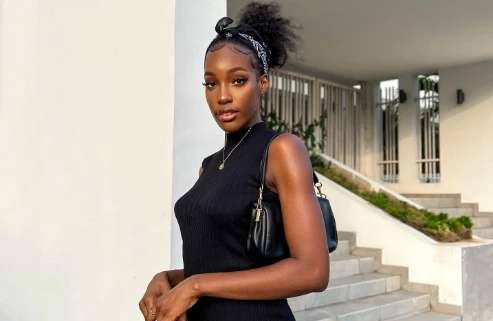 Ivy Ifeoma, born 2000s, is a popular Nigerian model, fashion enthusiast, beauty influencer, and internet personality. She serves as the CEO of the clothing company theIvymark. She gained notoriety when the public learned about her relationship with Paul Okoye of P-Square.

Ivy Ifeoma, who was born in the 2000s, is Igbo by ethnicity and is from the state of Abia. Almost nothing is known about her parents or siblings.

Ivy Ifeoma is the CEO of the clothing company theIvymark and a prominent figure in the worlds of fashion, beauty, and lifestyle.

She gained notoriety when the public learned about her relationship with Paul Okoye of P-Square.

Ivy Ifeoma is a popular Nigerian model, fashion enthusiast, and social media influencer who has an estimated net worth of $200,000.

Ivy Ifeoma and Paul Okoye of P-Square are rumored to be dating. Despite dating for more than a year, they just made their romance public in December 2022, according to sources.

After Paul Okoye and Anita Okoye, the mother of his children and his wife, divorced due to their irreconcilable differences, they started dating.