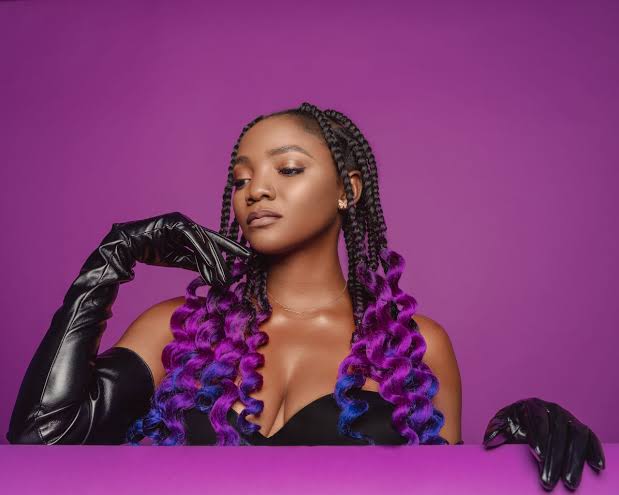 Simisola Bolatito Kosoko, née Ogunleye; born April 19, 1988, better known as Simi, is a popular Nigerian singer, songwriter and actress. She began her music career as a gospel singer with a studio album titled Ogaju in 2008. She was born and raised in Ojuelegba, Lagos State.

Simi was born in Ojuelegba, a Surulere neighborhood in Lagos State. She is the last child in a family of four.

Simi stated during an interview with Juliet Ebirim of the Vanguard newspaper that her parents divorced when she was nine years old.

She also disclosed that she was a tomboy while growing up.

Simi had her secondary school education at Stars International College, Ikorodu, Lagos State. Then proceeded to the prestigious Covenant University where she obtained a degree in mass communication.

Simi began her career as a gospel singer and released her first studio album, titled Ogaju, in 2008. In 2022, she served as one of the top judges on the seventh season of the television program Nigerian Idol.

She rose to fame in 2014 following the release of “Tiff,” a song that earned the 2015 Best Alternative Song nominee at the The Headies.

Simi signed a record deal with X3M Music in 2014. However, after her contract with the label expired in May 2019, Simi left the company.

On September 8, 2017, she released her second studio album, Simisola. On April 19, 2019, she celebrated her 31st birthday and released Omo Charlie Champagne, Vol. 1, her third studio album.

In June 2019, she established her record label Studio Brat.

Simi and Falz teamed up to record and released an extended play, Chemistry, which was released on October 27, 2016.

Simi was nominated for three categories at The Headies 2016 in December 2016 and took home one of those awards.

Simi is a sound engineer in addition to being a singer and composer. She has the credit for mixing and mastering Adekunle Gold’s first studio album, Gold which wsd released in July 2016.

Rhythm & blues, soul, and hip-hop are essentially the foundations of her musical approach.

She is also a talented actress, having made her acting debut in the film, Mokalik directed by Kunle Afolayan.

Simi is a talented Nigerian singer, songwriter and actress with an estimated net worth of $2 million.

Simi is married to Nigerian musician Adekunle Gold. They got married on January 9, 2019, in a discreet ceremony.

They had dated for five years, before they finally got married. Simi gave birth to her baby Adejare on May 30, 2020, marking her first time becoming a mommy.