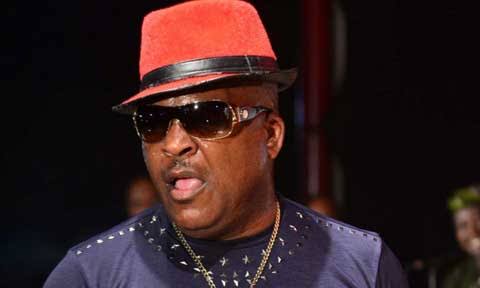 Sir Shina Peters, born May 30, 1958, is a popular Nigerian Jùjú musician and actor. He started singing with the stage name Olushina and His Twelve Fantastic Brothers. Shina Peters is the father of Nigerian award-winning music video director, Clarence Peters.

Shina Peters was born in Ogun State where he grew up with his parents and siblings. While growing up, he fell in love with music.

He started his musical career at a young age by performing with friends as Olushina and His Twelve Fantastic Brothers.

He learned how to play the piano by practicing with his friends, and he later joined Ebenezer Obey‘s band. After that, he joined General Prince Adekunle‘s band as a guitarist after leaving Ebenezer Obey.

Hotels in Lagos, such as the Western Hotel, Palm Beach Hotel, and Executive Hotel, hosted performances by Adekunle’s band.

Peters occasionally filled in as the lead singer when Adekunle was unwell. He quit Adekunle’s band in order to start a band called Shina Adewale alongside Segun Adewale. The pair, however, eventually broke up.

After collaborating on numerous records with Segun Adewale in the 1980s, Shina Peters eventually started his own group, “Sir Shina Peters & His International Stars.”

Shina Peters doesn’t only sings, he is an actor, having starred in the Ola Balogun’s film Money Power. He met Clarion Chukwura, an actress and they started dating..

Ace (Afro-Juju Series 1), the debut album by Sir Shina Peters and his International Stars, was released in 1989.

The album, which was made available by Nigeria’s CBS Records, earned two platinum certifications. The album which was produced by Laolu Akins has Juju and Afrobeat are combined.

The fast-paced rhythmic pulse of the Afro juju musical genre is combined with the use of electronic synthesizers, saxophone, and guitar.

For the time, several of the lyrics on the record, particularly in “Ijo Shina,” were quite risqué.

With the help of the album, Peters was able to win accolades for both the artist and the album of the year at the Nigerian Musical Awards.

He released “Shinamania” as a follow-up to “Ace,” which featured the singles “Oluwa Yo Pese,” “Omo Bo,” and “Give Our Women a Chance.”

Sir Shina Peters has gone on to release 16 albums since he came into the spotlight.

Shina Peters has an estimated net worth of $1.5 million. The famous juju musician has accrued wealth through his music and stage performances.

While playing a role in the Nollywood film “Money Powers” Shina Peters met veteran Clarion Chukwura and they started dating.

Clarion Chukwura got pregnant for Shina Peters and gave birth to Clarence Peters, who is now a well-known and award-winning music video director. Although they were not married.

Sammie Ayoka Peters and Shina Peters got married in 1983 with the marriage blessed with two children, Seyi Peters and Clinton Peters.