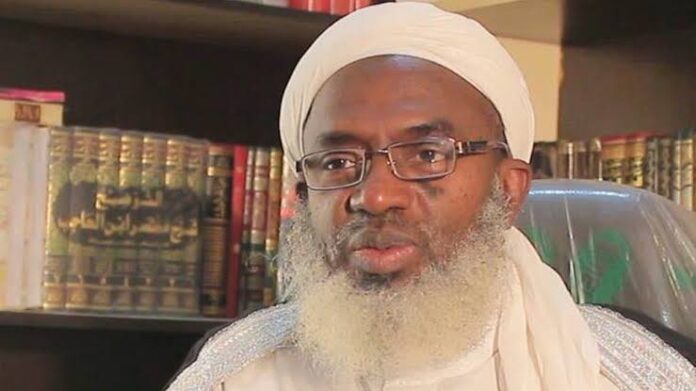 Sheikh Ahmad Abubakar Gumi, born October 1, 1960, better known as Sheikh Gumi, is a former Nigerian military officer, medical doctor, Islamic cleric, and scholar. He is popular in the country due to his role in negotiating with the Nigerian government and the bandits in the northern part of the country.

Gumi is widely known for carrying out investigations between the Nigerian government and bandits in the north.

Gumi was born into the family of the late Sheikh Abubakar Mahmud Gumi and Maryam in Gumi local government, Zamfara State.

He is the eldest son among many siblings whose names have not been disclosed.

Sheikh Gumi’s father was an Islamic scholar and Alkali (judge) of Gummi during his days.

He attended the prestigious Ahmadu Bello University where he graduated with a degree and became a certified doctor.

After graduating from the university, he joined the Nigerian Army and retired at the rank of Captain.

He is the Mufti and mufassir at the Kaduna central mosque Sultan Bello.

Sheikh Gumi is known as the only person who negotiates with the northern bandits and the Nigerian government.

Dr. Sheikh Gumi is a popular Islamic scholar and medical doctor. He has an estimated net worth of $1 million.

Sheikh Gumi is married with children, but the name of his wife has not been revealed. The former military officer decides to keep his family’s presence out of the media.