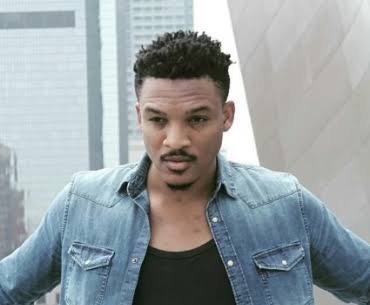 Shawn Faqua, born on June 6, is an award-winning Nigerian actor, model, and television presenter who has won several awards and nominations. He is known for his role as Vincent in The Lagos Cougars. Shawn Faqua is a graduate of electrical engineering from the University of Port Harcourt.

Shawn Faqua attended the University of Port Harcourt where he graduated with a degree in electrical engineering degree.

Along with theater playing, directing, modeling, choreography, and singing, he started modeling for billboards and a number of televised shows.

In association with the Center for Digital Imaging Arts at Boston University, the Nollywood Upgrade Training awarded Faqua a Certificate in Acting in 2012.

He switched from a career in engineering to a full-time acting career in 2014.

He is well recognized for his performances as Chuks in Emem Isong’s Code of Silence, Rambo in Dare Olaitan’s Ojukokoro, and Vincent in Lagos Cougars.

He received four nominations for awards for his work in Lagos Cougars, including Best Young/Promising Actor at the 10th Africa Movie Academy Awards.

Shawn Faqua is renowned for his ability to adopt a variety of accents to suit the needs of the characters he plays.

He plays the dual roles of Peter and a single woman named Cleopatra in Charles Novia’s Put a ring on it.

Faqua has appeared in a number of stage productions in addition to performing in films.

He performed the original sound track of the song “I wan blow” for the short film “The good Life” in addition to his acting efforts.

Shawn Faqua’s net worth is an estimated $350,000. He makes money through movies, having starred in several Nollywood films.

Shawn Faqua has supported the Nigeria Red Cross as a famous person.

He had started volunteering in 2004 and was a member of the Youth Against HIV and Aids Excos, which worked with Stella Obasanjo, the former First Lady of the Federal Republic of Nigeria, and the NUGA games to educate young people about voluntary counseling Testing (VCT) for HIV and Aids.

Shawn served as the organization’s president in Abuja, Nigeria. YAWAT stands for Youth Against Drug Abuse and Child Trafficking.

As the main character in the 2016 short film “Separated,” he collaborated with the Nigerian Army for the Dead Heroes Projects in support of all fallen soldiers and their families.

In order to present a fascinating and credible story, he has a reputation for thoroughly researching each character he plays and paying attention to the finer points (language, accent, style, and other aspects associated with the character he’s portraying).

Shawn likes to watch movies, dance, play tennis, read, and travel. He is presently a resident of Lagos, Nigeria.

Shawn Faqua is married with children. Despite flaunting his family on social media, he has kept the identity of his wife secret.