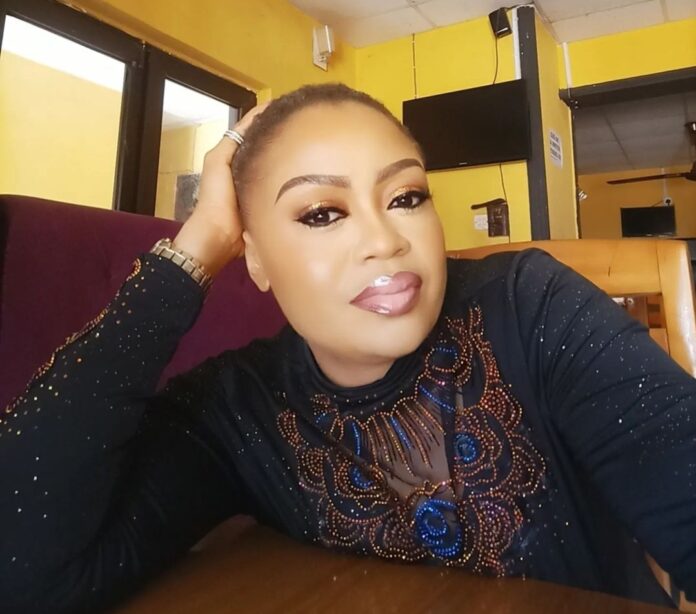 Nkiru Sylvanus, born April 21, 1982, is a veteran Nigerian actress, television personality, and politician. She has appeared in over 200 films and has received accolades for both Best Actress in a Leading Role and Best Actress of the Year at the Africa Magic Viewers Choice Awards and the Africa Movie Academy Awards.

Nkiru Sylvanus was born in Osisioma, Aba, a town in Abia State, Nigeria where she grew up with her parents and siblings.

She attended Ohabiam Primary and Secondary School, where she earned her West African Senior School Certificate and her initial certificate of completion of secondary education.

Nkiru Sylvanus obtained a BSc in mass communication from the Enugu State University of Science and Technology, where she also studied.

At the age of 17, in 1999, Nkiru Sylvanus started her acting career and was referred to be a veteran by The Punch newspaper.

Ever since she made her acting debut, Nkiru Sylvanus has appeared in more than 70 Nollywood films.

She was highlighted twice (in 2017 and 2018) in The Guardian’s article on famous people in the news.

Rochas Okorocha, the former governor of Imo state, appointed Sylvanus as his special assistant on Lagos State Affairs in 2011.

Later, he promoted Sylvanus to special adviser on public affairs.

Nkiru Sylvanus is a veteran Nigerian actress, television personality, and politician who has an estimated net worth of $2 million.

Nkiru Sylvanus wed Stanley Duru in 2014 but unfortunately the marriage didn’t last long as they parted ways in 2019.

In January 2023, Nkiru Sylvanus posted her pre-wedding photo on social media which stirred reactions although the face of the man was not clearly visible in the photo.