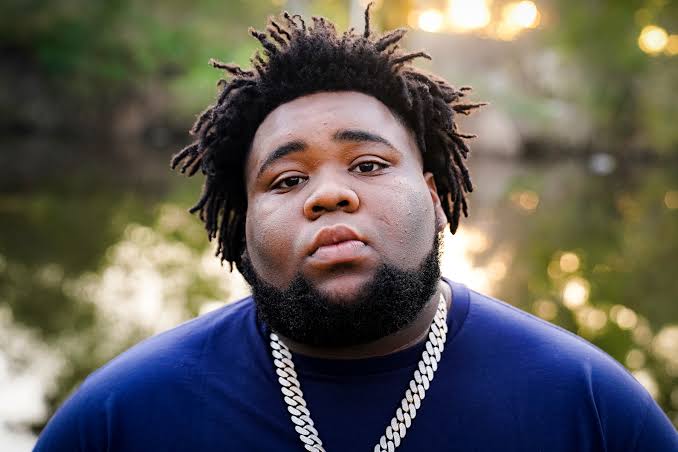 Rodarius Marcell Green, born August 27, 1998, professionally known as Rod Wave, is a renowned American rapper and singer. He has been hailed as a pioneer of soul-trap and is known for his powerful voice, his combination of hip-hop and R&B, and his use of these genres.

Rodarius Marcell Green who is famously known as Rod Wave was born in St. Petersburg, Florida in the United States.

He attended Lakewood High School before proceeding to an higher institution where he obtained a degree.

The 2019 song “Heart on Ice,” which went viral on YouTube and TikTok and peaked at number 25 on the Billboard Hot 100, helped Wave gain recognition.

Ghetto Gospel, Wave’s debut album, reached at number 10 on the US Billboard 200.

SoulFly (2021), his third album, arrived at the top of the Billboard 200. (marking his first chart-topping album).

With the release of his mixtape Hunger Games Vol.1, Wave’s career got underway in 2016.

Before joining Alamo Records, he independently released a number of mixtapes. He released his mixtape PTSD on June 14, 2019, and it featured the song “Heart on Ice.”

The song gained enormous popularity on TikTok and YouTube and peaked at number 25 on the Billboard Hot 100.

Pray 4 Love, Rod Wave’s second album, was made available on April 3, 2020. It debuted at number two on the Billboard 200, then on August 7 a deluxe version was released.

Several tracks from the album made it onto the Billboard Hot 100, including “Rags2Riches” (with ATR Son Son), which became his highest-charting hit and peaked at number 12 on the chart.

On March 6, 2021, he unveiled the track listing for his album SoulFly. It was published on March 26 and features Polo G only once, on the song “Richer.”

Wave released the track “Cold December” in January 2022. He announced that his next album would be called Beautiful Mind and that he had turned the album in on April 25, 2022 in a freestyle he released of Future’s “Wait for U” on May 1, 2022.

On August 12, 2022, the album was made available. Since the album’s release, Rod Wave has risen to the top of the Billboard charts and has made a name for himself in the rap industry.

Rod Wave is a top American rapper and singer who has a net worth of $3 million. He is an outstanding hip-hop singer who has made impact in the entertainment industry.

Rod Wave is dating Kelsey, also known as Dee Coleman to her online followers. Although not much information is revealed about his relationship life.