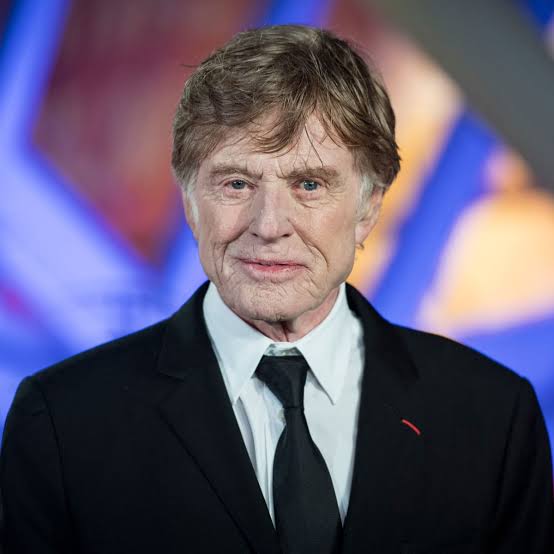 Charles Robert Redford Jr., born August 18, 1936, professionally known as Robert Redford, is a renowned American actor and filmmaker. He has won numerous honors, including the Presidential Medal of Freedom, the Cecil B. DeMille Award, two Golden Globe Awards, the British Academy Film Award, and an Academy Award from four nominations.

His father’s first marriage produced William, a half-brother for him. Irish, Scottish, and English origins make up Redford.

Elisha Redford, his patrilineal great-great-grandfather, was an English Protestant who wed Mary Ann McCreery, an Irish Catholic, in Manchester.

In 1849, they left their home country for New York City and moved right away to Stonington, Connecticut. Charles, the first in line to receive the name, was their son.

Regarding Redford’s maternal ancestry, the Scots-Irish Greens and Galway-born Irish Harts both immigrated to the United States in the 18th century.

While his father worked in El Segundo, Redford’s family relocated to Van Nuys in Los Angeles. Baseball pitcher Don Drysdale was a classmate of Robert’s at Van Nuys High School.

He has admitted to being a “bad” student, getting his inspiration from places other than the classroom, and having a passion for both sports and the arts.

To warm up, he played tennis with Pancho Gonzales at the Los Angeles Tennis Club.

He spent a year and a half studying at the University of Colorado in Boulder after graduating from high school in 1954.

Robert Redford began performing on stage in the late 1950s, and his television career started in 1960. In 1962, he made an appearance on The Twilight Zone.

For his work in The Voice of Charlie Pont, he was nominated for an Emmy in the category of Best Supporting Actor (1962).

His role as the stuffy newlywed husband of co-star Elizabeth Ashley in Neil Simon’s Barefoot in the Park was his biggest Broadway hit (1963). Redford’s first feature picture was War Hunt (1962).

Inside Daisy Clover, in which he co-starred with Natalie Wood, earned him the Golden Globe for best new star in 1965.

He co-starred with Paul Newman in the immensely popular film Butch Cassidy and the Sundance Kid (1969), which catapulted him to fame.

In 1972, he had a critical and commercial success with Jeremiah Johnson.

In 1973, he reunited with Paul Newman for his biggest commercial and critical success of his career, the blockbuster crime caper The Sting, which earned him an Academy Award nomination.

That same year, he also costarred with Barbra Streisand in The Way We Were. All the President’s Men, which debuted in 1976 to widespread acclaim, was a turning point in Redford’s career.

With Ordinary People (1980), one of the most widely praised movies of the 1980s that won four Academy Awards, including Best Picture and Redford’s first Oscar for Best Director, Redford launched his directorial career in the 1980s.

He kept acting and appeared in Brubaker (1980) and Out of Africa (1985), which was a huge box office hit and won seven Academy Awards, including Best Picture.

A River Runs Through It, his third film as a director, was released in 1992. He later received nominations for Best Director and Best Picture in 1995 for Quiz Show.

In 2002, he was presented with a second Academy Award for Lifetime Achievement. He received the Légion d’Honneur chevalier designation in 2010. In addition, Redford helped found the Sundance Film Festival.

Robert Redford is a prominent American actor, director, and producer, with a net worth of $200 million.

Redford married Lola Van Wagenen on August 9, 1958, in Las Vegas, Nevada; she had left school to get married. On September 12, a Mormon ceremony was held at Lola’s grandmother’s house.