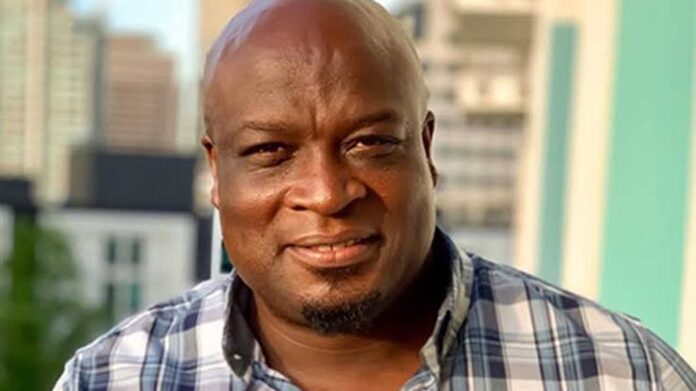 Robert O. Peters, born June 6, 1973, is a Nigerian actor, film producer, director, cinematographer, and voice-over artist. He is widely known for directing the award-winning 2014 films, 30 Days in Atlanta, Boxing Day, and A Trip to Jamaica.

His parents are Lawrence Adagba and Comfort Peters. He is from Ososo in the Akoko Edo local government area of Edo State and is of Afemai ancestry.

Robert Peters attended St. Gregory Primary School to start his official education. He went to the University of Jos in Nigeria to study mining and geology.

Robert Peters made his acting debut in Nigeria in the 1998 film Mama Sunday. He later played Paul in Tajudeen Adepetu’s daytime drama series Everyday People in 2002.

He moved to the USA in 2004 and enrolled at New York University to get a certificate in visual storytelling.

In addition to working on several African-American Productions, Peters started working as a cinematographer and film editor in 2006.

According to reports from 2014, the comedy picture 30 Days in Atlanta, which was directed by Peters, had the biggest box office earnings ever in Nigeria.

The film was also mentioned alongside PK (from Bollywood) and Star Wars: The Force Awakens in the 2017 edition of the Guinness Book of Records as having the biggest domestic gross in the Bollywood, Nollywood, and Hollywood regions (from Hollywood).

Robert Peters is married to Deborah Peters, and they have a son named, Zachary Lawrence Onafa-Orafa Peters.

They are the owners and operators of Whitestone Pictures LLC, a Lawrenceville, Georgia-based film production facility and equipment supplier.