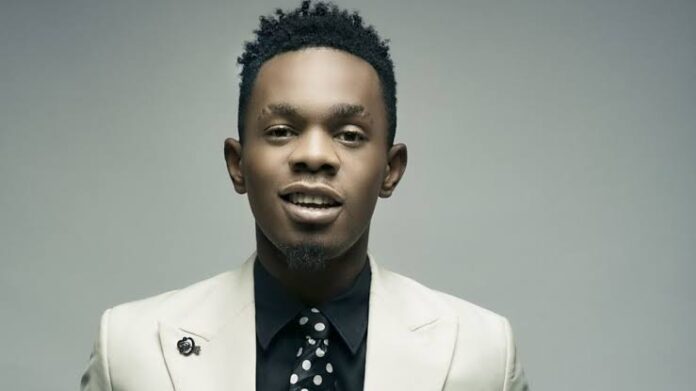 Patrick Nnaemeka Okorie, born May 27, 1990, better known as Patoranking, is a Nigerian reggae-dancehall singer and songwriter. He was born and raised in Ijegun-Egba Satellite Town. He is known for his 2013 hit single “Alubarika” featuring Timaya.

Patoranking was born and raised in Ijegun-Egba Satellite Town, but he is a native of Onicha, Ebonyi State.

He began his education at Citizen Comprehensive College in Epe, Lagos, and later transferred to Jibril Martin Memorial Grammar School in Iponri.

Patoranking began his performing arts career as a carnival and street jam dancer. He told Entertainment Express in 2012 that his stage name was given to him by a Jamaican artist he met at Alpha Beach in Lagos.

Patoranking released a single titled “Iya Bisi” in May 2012, featuring Qdot and Kbaj. The song which was produced by Drumphase, is a fusion of dancehall and fuji.

Patoranking revealed that Qdot and Kbaj assisted him in writing the song by sharing ideas.

Patoranking simultaneously released the audio and video for “Alubarika” on September 12, 2013 with Timaya’s vocals featured on the song.

AJE Films directed the music video for “Alubarika,” which lasted 4 minutes and 16 seconds.

Patoranking released “Girlie O,” a song produced by WizzyPro, on February 4, 2014. Moe Musa directed and shot the music video for the song, which was released on February 5, 2014.

Patoranking frees his next-door neighbor from domestic violence in the music video by expressing his natural feelings to her.

Patoranking is a famous Nigerian dancehall singer and songwriter with an estimated net worth of $5 million.

Patoranking is not yet married, but he is dating Leila, and they a child together, named Wilmer Okorie, who was born in August 20, 2018.

Patoranking was rumored to be in a relationship with fellow Nigerian singer, Yemi Alade following their role in a music video which sparked relationship rumors.