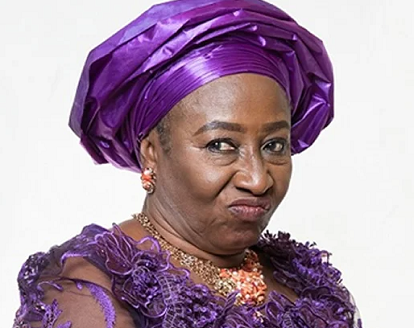 Patience Ozokwor, born September 14, 1958, also known as Mama G, is a famous Nigerian actress, musician, fashion designer, and gospel singer. She won the Best Supporting Actress 2012 & 2013 awards at the 10th African Movie Academy Awards. She was born in Enugu State, where she hails from.

Patience Ozokwor has had a passion for performing since she was in primary school, when she participated in several theatrical productions.

Patience then went on to the Institute of Management and Technology in Enugu, where she earned a bachelor’s degree in fine and applied arts. She was already a star before she became an actress, and her first role was in a radio drama.

Prior to becoming a top actress, she previously appeared in the Nigerian Television Authority’s (NTA) soap opera Someone Cares.

She was named one of the top 100 Nigerians honored by the government in 2014 to commemorate the merger of the northern and southern protectorates.

Patience Ozokwor has starred in several Nollywood films, playing vital role, mostly the role of a mother who is always strict and hard-hearted.

She is a talented actress and has delivered top-notch performances. Some of her movies are Old School, Fire on the Mountain, Blood Sister, My First Love, and she has acted alongside Olu Jacobs, Ramsey Nouah and other top Nollywood stars.

Patience Ozokwor is a legendary Nigerian actress and singer with an estimated net worth of $1 million. She has amassed wealth and fame through her acting career.

Patience Ozokwor married at the age of 19 and has three biological and five adopted children, all of whom bear her name. In the year 2000, she lost her husband, Emeka Ani.

Her greatest regret in life was not being able to marry the man she desired, as well as her children preventing her from remarrying when her husband died.