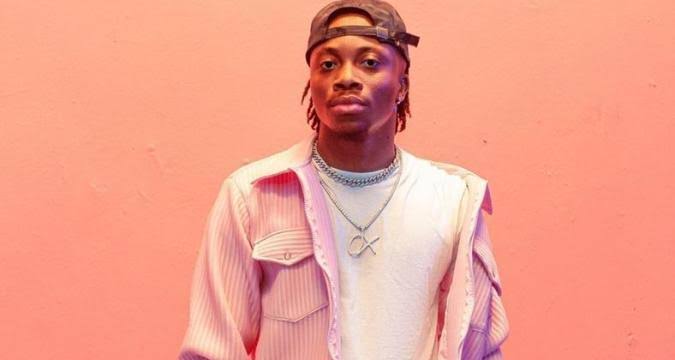 Ikuforiji Olaitan Abdulrahman, born on April 22, 1997, professionally known as Oxlade, is a Nigerian singer and songwriter. He came into the limelight following the release of the hit song “Away,” which appeared on Rolling Stone’s 50 best songs of 2020. He hails from Surulere, a residential area in Lagos where he was born and grew up with his family.

The singer has been outstanding since he broke into the industry, releasing hit songs for his fans.

Oxlade was born in Surulere, an area of Lagos. After his mother passed away at a tender age, he was raised by his father and grandmother.

Oxlade’s father was a lecturer at Lagos State University, where he gained admission to study history and international relations.

He dropped out of the university to pursue his musical career after two years at the institution.

In 2018, he was approached by A&R executive Bizzle Osikoya. After the meeting with Bizzle, Oxlade signed a management deal with The Plug

He also signed a publishing, licensing, and distribution deal with The Plug Entertainment and a record deal with Troniq Music.

Davido gave him the chance to perform at his City of David concert in Lagos on December 27, 2018 and also performed at Wizkid’s event, Star Boy Fest in 2019.

Oxlade released the music video for Away on April 13, 2020, which was directed by award-winning video director, TG Omori under the imprint of Troniq Music.

In January 2021, Oxlade collaborated with Dolapo and Ms. Banks on their song “Interest“, which earned him his first entry on the Capital XTRA Airplay Chart at number eleven on February 18, 2021.

Oxlade was featured on the single “Kolo” by Ice Prince, and released the official video on March 11, 2021, directed by Director UAX.

Oxlade is a top Nigerian singer and songwriter. He has an estimated net worth of $200,000.

People have been asking if Oxlade is married. Oxlade is not yet married.

The singer with a smooth and seamless blend of musical genres has not flaunted any girl as his girlfriend, so it is not clear if he is single.