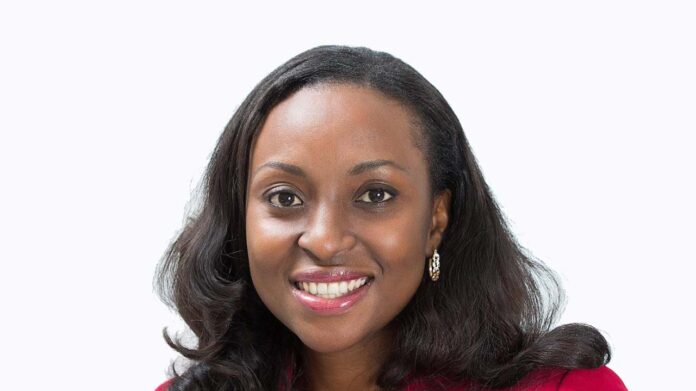 Owen Diana Omogiafo, born May 28, 1980, (Owen Diana Elaiho), better known as Owen Omogiafo, is a Nigerian business executive and strategist. She is the President and Group Chief Executive Officer of the Transnational Corporation of Nigeria (Transcorp). She was born in Benin, Edo State, and attended the University of Benin.

She received a Bachelor’s degree (double honors) in Sociology and Anthropology from the University of Benin.

She graduated from the London School of Economics and Political Science with a Master of Science in Human Resource Management and is a graduate of the Lagos Business School and the IESE Business School in Spain.

Owen has held a variety of positions, including Director of Human Resources at Heirs Holdings, Chief of Staff and Human Resource Advisor to the GMD/CEO at United Bank for Africa (UBA), and Organization and Human Performance Consultant at Accenture, focusing on Change Management.

Owen began her career in stockbroking before moving to banking, where she worked in a variety of jobs including operations, service quality management, and relationship management.

Prior to joining UBA, she worked at Accenture, where she was responsible for a wide range of projects and clients in the private and public sectors, as well as several industries.

Owen worked at Heirs Holdings in a variety of roles, including Director of Resources, where he was in charge of establishing mechanisms for optimal human and machine engagement and deployment across the company.

She was also the Chief Operating Officer at the Tony Elumelu Foundation (TEF), where she led a $100 million program aimed at discovering, training, and funding 10,000 entrepreneurs over a ten-year period, working with the CEO and the Board.

She was named President/Chief Executive Officer of Transcorp in March 2020, making her the youngest CEO on the Nigerian Stock Exchange and the first female to hold the position at Transcorp.

Owen is on the Board of Trustees of the Association of Power Generation Companies (APGC), a Nigerian trade association that represents the interests of independent energy facility developers and operators.

She serves on the Finance, Investment & Risk Committee and the Audit & Governance Committee of many organizations, including Transcorp Power Limited, Transcorp Hotels Plc, and Avon Healthcare Limited, where she is a Non-Executive Director.

Owen Omogiafo is a Nigerian business executive and strategist with an estimated net worth of $500,000 – $1 million.

Owen has three children with his husband, Osato Omogiafo. The business executive is happily married and enjoying her marital home.