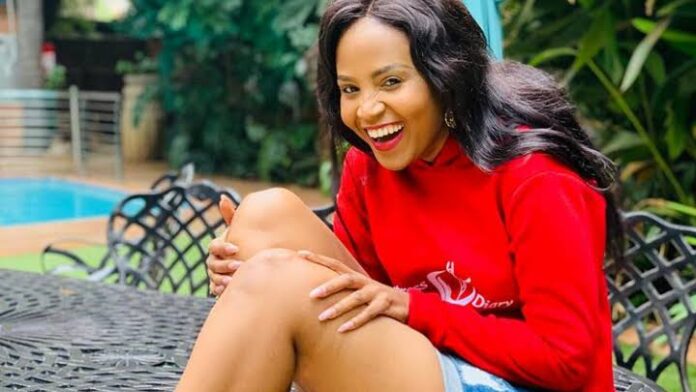 The multi-talented actress came into the limelight following her role as “Agnes Mukwevho” in Muvhango, which earned her massive love, support and fan base across Africa.

Millicent Makhado’s ability to interpret any script that comes her way and act professionally is what gives her the edge over others in the industry.

Millicent Makhado was born in Madombidzha, South Africa, where she grew up under the care and influence of her parents.

While growing up, Makhado always had the dream of becoming an entertainer which she worked hard to make it a reality.

She grew up with her siblings and parents in the neighbourhood of Madombidzha. She is educated although not much information is revealed about her education.

In 2012, Makhado bagged a nomination for the African Movie Academy Award for Best Actress in a Leading Role for playing “Margaret” in 48.

Being a talented actress, she also featured in other movies including Scandal!, Man in Crisis, and In A Heartbeat.

Shs played the role of Agnes Mukwevho in the soap opera, Muvhango.

Makhado was announced to appear as Zandili in Makoti, a SABC comedy series in 2020.

The talented personality has participated in other projects outside the entertainment industry, including sensitising children and women about human rights.

Millicent Makhado is a prominent South African actress and influencer. She has an estimated net worth of $800,000.

She amassed her wealth through movies and series having made herself known in her niche.

Millicent Makhado is married to her beloved husband, Jabulani Chauke, with the union blessed with a son.

However, she had a daughter with her first ex-husband, whose name has yet to be disclosed.

Millicent Makhado opened up about her family, saying that she has a great family at home, and she is doing her best to keep her family life outside of her career.