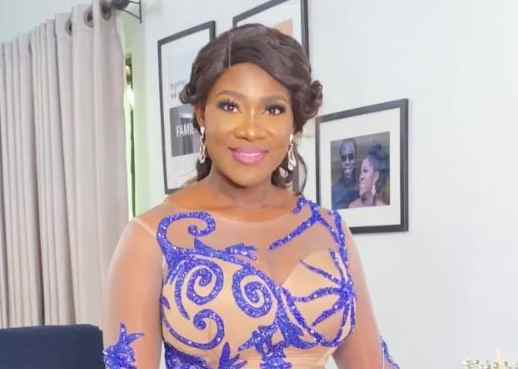 Mercy Johnson came into the spotlight after she auditioned and earned a role in the movie “The Maid”.

Mercy Johnson is a native of Okene in Kogi State, although she grew up in Lagos State, where she was born.

Mercy Johnson was born into the family of Mr. Daniel Johnson, a former naval officer, and Mrs. Elizabeth Johnson.

She is the fourth child in a family of seven and they all grew up together.

Mercy began her primary education in Calabar, Cross River State before her father was transferred to Lagos State where she continued at Nigerian Navy Primary School.

Since she came into the movie industry in 2004, Mercy Johnson has appeared in several Nollywood movies, including Hustlers, Baby Oku in America, and War in the Palace.

On April 1, 2017, she was appointed as the Senior Special Assistant (SSA) to the Kogi state governor on entertainment, arts and culture.

Mercy Johnson made her debut as a film producer with The Legend of Inikpi.

She has acted over 100 movies since joining the industry and continues to work as a producer, director and actress.

Mercy Johnson is one of the richest Nollywood actresses. She has an estimated net worth of $5 million.

Mercy Johnson is married to Prince Odianosen Okojie. The marriage was held on August 27, 2011.

Mercy Johnson’s marriage is blessed with four children, three daughters and a son, and they are enjoying a happy family.