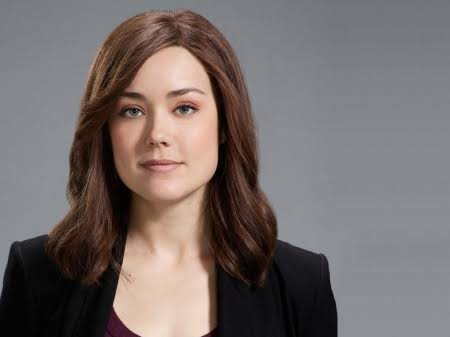 Megan Boone, born April 29, 1983, is a top American actress and television personality. She is best known for her role in the NBC drama series The Blacklist as FBI agent and profiler Elizabeth Keen. Megan Boone appeared in Blue Bloods on occasion and had a recurring part in Law & Order: LA.

Megan Boone was raised in The Villages, Florida, after being born in Petoskey, Michigan. When she was a young child, her parents moved there to be nearer to her grandparents.

Her mother, Jennifer Parr, is the director of sales; her grandfather, billionaire H. Gary Morse, developed The Villages.

When her grandparents took her to see a Broadway play starring Nathan Lane when she was seven years old, Boone claims that she became “hooked” on acting.

With smaller amounts of Dutch and Scottish ancestry, Megan Boone is primarily of English and German descent.

Boone attended Belleview High School, where she majored in acting and graduated in 2001.

She earned a Bachelor of Fine Arts (BFA) in acting from Florida State University’s School of Theatre in 2005.

Boone worked on plays with playwright Mark Medoff at the Asolo Repertory Theatre while taking classes from Jane Alexander and Edwin Sherin.

Megan Boone says Alexander encouraged her to keep acting even though she had considering giving up early in her career.

Boone started his studies for an MBA in Sustainability at Bard College in New York at the end of 2017.

With the independent film Eggshells for Soil, which was shot in part in her hometown of The Villages, Florida, that same year, Boone made her directing debut.

In Step Up Revolution (2012), the fourth movie in the Step Up series, she also made an appearance.

Later on, Boone would play the lead in the independent film Leave Me Like You Found Me (2012), for which she was honored with the Best Actress Gen Art Film Festival Award.

Following her prominent role as FBI agent Elizabeth Keen in the NBC series The Blacklist that same year, she had a recurring role on the CBS police drama series Blue Bloods in 2013.

The Blacklist was well received by critics and the general audience, and it received high DVR ratings. Boone made the decision to leave The Blacklist after eight seasons on June 15, 2021.

She just agreed to a first look agreement with Sony Pictures Television with her production firm, Weird Sister.

Megan Boone is a prominent American actress and television personality who has a net worth of $3 million.

Megan Boone’s representative announced in November 2015 that she and artist Dan Estabrook were expecting their first child.

Boone made the announcement that she and Estabrook were engaged and expecting a girl in January 2016 while making an appearance on Live! with Kelly and Michael.

Caroline, Boone’s daughter, was born that year, after their engagement.