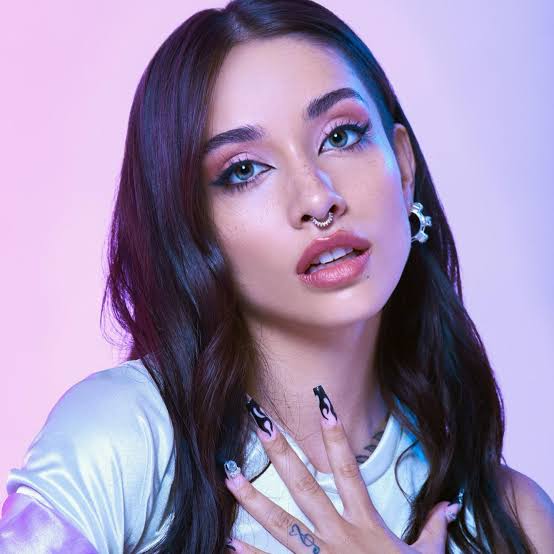 Maria de Los Angeles Becerra, born February 12, 2000, better known as Maria Becerra, is an award-winning Argentine singer and YouTuber. She came to the spotlight for her Ep 222, with “Dime comp hago” being the most successful track on the Ep.

She has collaborated with the like Lenny Tavarez, Rauw Alejandro and lyanno.

Maria Becerra was born on the 12 February 2000 in Quilmes, Buernos Aires Argentina.

Not much is known about her early but as time goes on we will update it for u.

Becerra kickoff her passion in music at the Age of 12, and has been able to develop her career with some musical influencer including the likes of Whitney Huston, Ariana Grande and Amy Winehouse.

She has been featured several times in different remixes in 2021 and 2022 which include “En Tu Currpo” with Lyanno, Lenny Tavarez, FMK &Beret.

She became the first lartin female artist to be signed to the indie Record Label 300 Entertainment in 2020.

She release her second Ep “Animal, Pt.1” in 2021, the Ep comprises multiple genres of music from rap, Hip hop, and R&B to Reggaeton.

Becerra was in a relationship with the Argentine Singer Rusherking in 2018 and which the separated in 2021.

Becerra, who is a vegan, has also revealed in an interview that she is bisexual.

During the course of her career she has won lot of award and nominations including;

Maria Becerra earns a lot of income from her career as a singer and YouTuber. She has an estimated net worth of about $5 million.