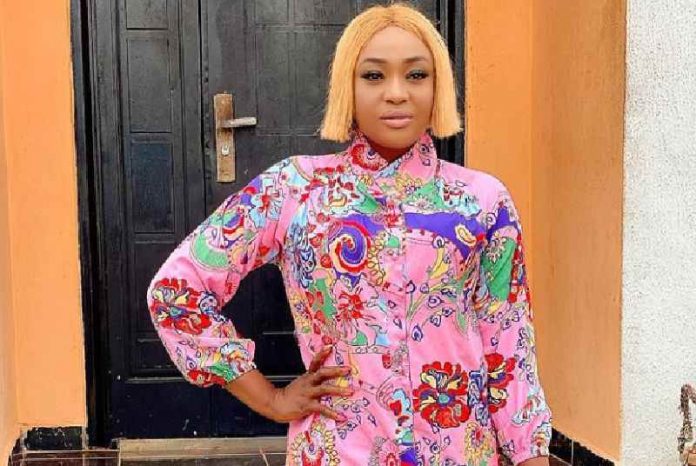 Lizzy Gold Onuwaje, born on November 16, 1996, better known as Lizzy Gold, is a Nollywood actress, model who is best known for her role in acting and her amazing beauty. She is a very beautiful and talented actress who knows how to entertain her fans, which made her role amazing and interesting to watch.

Lizzy Gold was born in Warri Delta State, where she attended her elementary school grade and obtained her firsts school leaving certificate and SSCE.

She later pushed herself to the University of Delta State, in Abaraka, where she obtained her bachelor’s degree in information science.

She joined Emen Isong’s acting school where she obtained a diploma in theater arts and performance.

Lizzy Gold started her modeling career when she won the award in Delta State for the beauty pageant.

In 2012, she made her debut in a role she played in a movie called ” Agaracha the Lioness” in which she was featured.

She played her role well which made her competitive in the Nollywood movie industry.

She has been given several roles to play by the movie director since then. Lizzy has been featured in so many movies alongside some of the top Nollywood stars, including Mercy Johnson, Uche Umeh, Olu Jacob, Ekens Eric, and Harry B.

Her amazing and unique acting skills made her people favorite, and since then she has been featured in several commercial as a brand ambassador.

Lizzy Gold is rated as one of the most influential and richest actresses and models in the entertainment industry with a net worth of $500,000.