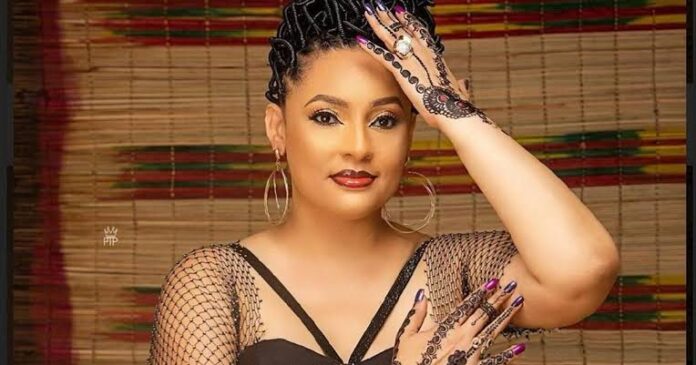 Lilian Bola Bach, born in the 1970s, popularly known as Lillian Bach, is a Nigerian actress and model. He was born to a Yoruba mother and a Polish father in Lagos Island. Lilian Bach came into prominence in the 1990s as a model.

Lilian Bach was born in Lagos Island to a Polish father and a Yoruba mother. Due to her father’s line of work, she spent her formative years moving around the nation.

She attended Army Children’s School in Port Harcourt and Idi Araba Secondary School in Lagos for her elementary and secondary school education.

The actress sadly lost her father when she was just 10 years old.

As a model, Lilian gained fame in the 1990s which gave her breakthrough into the entertainment industry.

She also participated in the pageant for the Most Beautiful Girl in Nigeria (MBGN), appeared in a number of television ads, and was chosen to represent Delta medicated soap.

She started acting in 1997 and has since been in a number of Yoruba and English-language Nollywood productions.

Her roles in films such as; High Blood Pressure, Eja Osan, Angels of Destiny and other top movies.

Lilian Bach has an estimated net worth of $1 million. She is a famous Nigerian actress and model who has made money with her modeling and acting career.

Lilian Bach is married to a business mogul, Mr Alaka. The couple got married in 2012.